Rangers and Hearts face off against each other in Round 25 of the Scottish Premiership. The hosts lost their lead at the top of the table after a 0-3 defeat against Celtic in the Old Firm Derby. Hearts, on the other hand, played out a goalless draw against Hibernian in the last round.

Rangers suffered their second defeat of the season against Celtic, but have been one of the best teams in the league. The home team has scored 48 goals and averages 1.79 goals per 90. In return, van Bronckhorst’s men have conceded 21 goals with an xGA of 18.45.

When looking at the above chart, the general rule is that the longer the bar, the better the performance — you can see the league average in the middle, and the % is the percentile rank the player is in. We can observe that the Rangers have a high percentile rank in attacking, passing, and defensive actions. Rangers players average 16.54 shots per 90 with a 33% shot accuracy rate. The passing of the team has been impressive as they average 508 passes per 90 with an 87% accuracy rate. Rangers have a high duels win percentage amongst other teams in the Scottish Premiership. 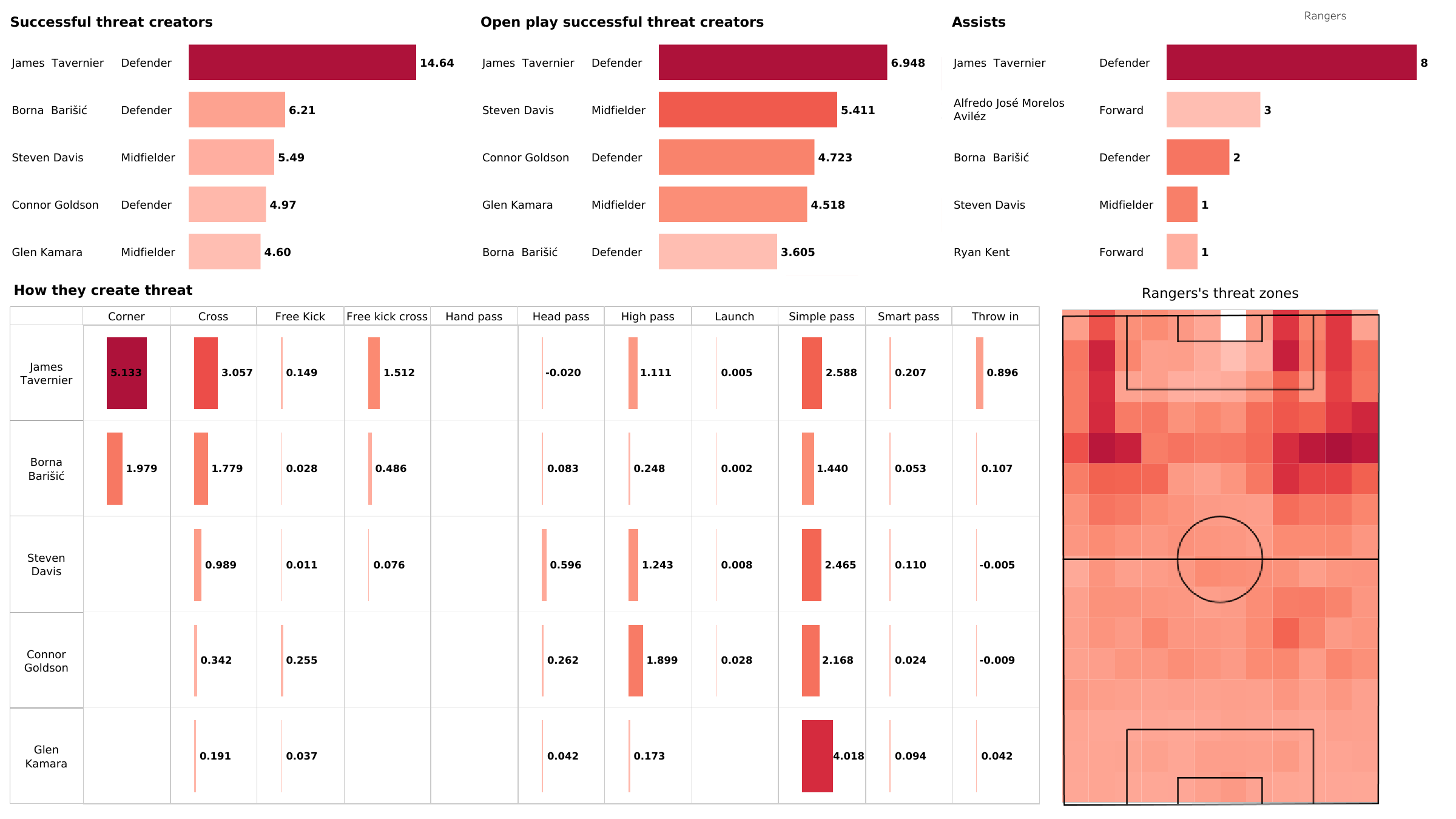 Looking at the above visualization, we can see that Rangers have created the majority of the threats from the wider sides. The full-backs have been impressive and have created the greatest threats to their side. James Tavernier has the highest threat rate for his team, and it’s mostly from corners and crosses. Glen Kamara has also created threats from the middle, and his simple passes have been the most effective in the team.

Aaron Ramsey’s situation will be assessed as informed by the manager, and the midfielder could make his Rangers debut. Alfredo Morelos has also returned from international duty, and he will return to the starting XI. Morelos has scored eight goals and is the highest goal-scorer.

Hearts sit third in the league table and have scored 34 goals, with an expected goal rate of 34.46. The visitors have a better defensive record and have conceded 20 goals. Hearts have a high percentile bar for contesting offensive duels and winning them. Their passing has not been that effective, but the accuracy rate is high. Defensively, Hearts have been impressive and have a high defensive action success rate. Hearts players have made the highest number of interceptions this season. 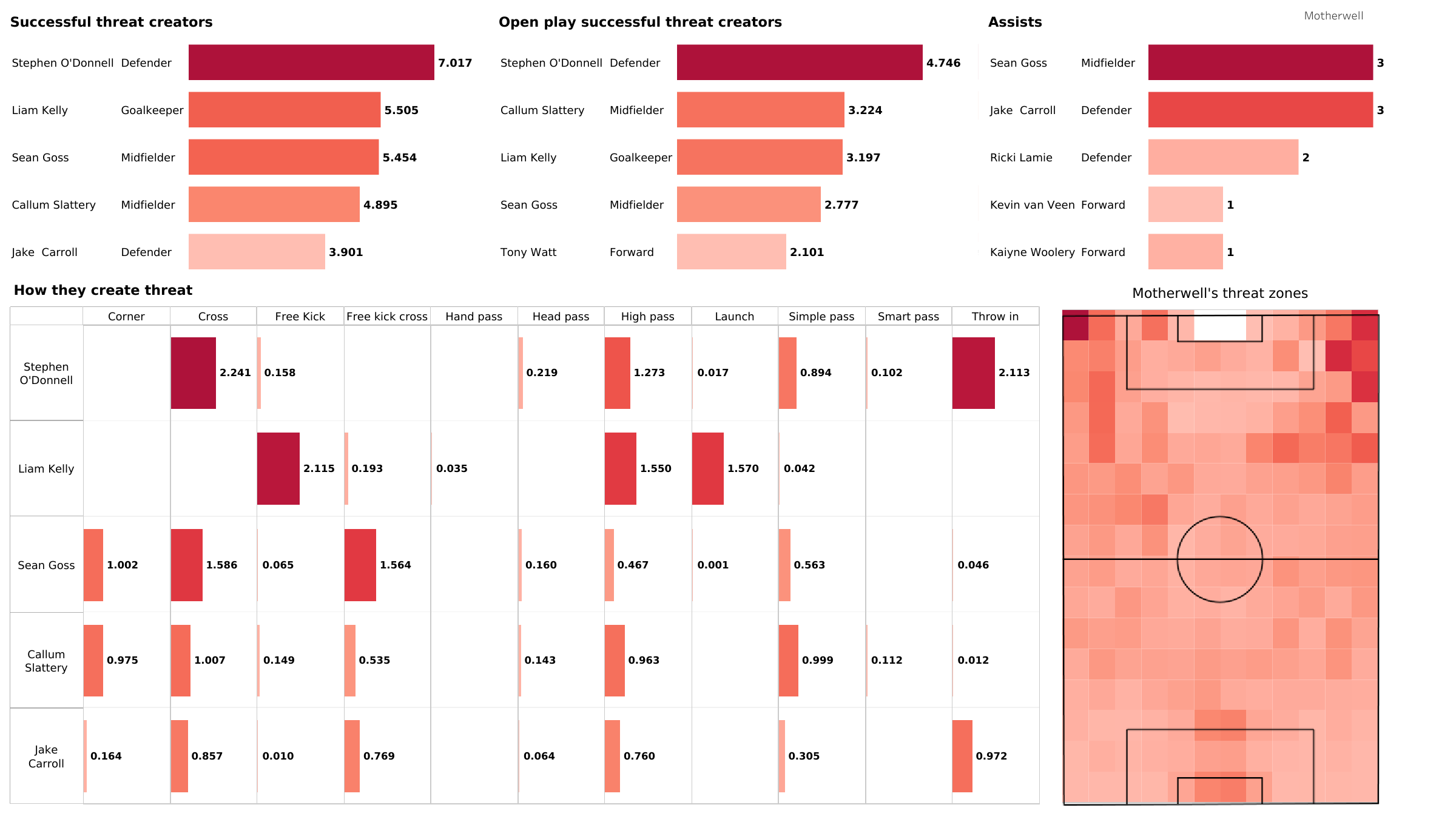 Hearts play in a three-at-the-back formation, and their right wing-back has created the greatest threats. However, the player is out from this match due to injury. Aside from that, Hearts have created threats from a wider side similar to their opponents. Hearts will be without Craig Halkett and Michael Smith for this fixture. The duo is expected to remain sidelined due to injury.

Rangers will look to get back on track with a win and keep pace with the league leaders. Alfredo Morelos’s return will be a huge boost for the team. Hearts have a good defensive record and will look to upset the defending champions.