The Scottish Premiership is underway after a winter break, and defending champions Rangers travel to Pittodrie Stadium to take on Aberdeen. The Rangers have a 100% win record in seven games under the new manager. Aberdeen, on the other hand, have won four out of the five games played. 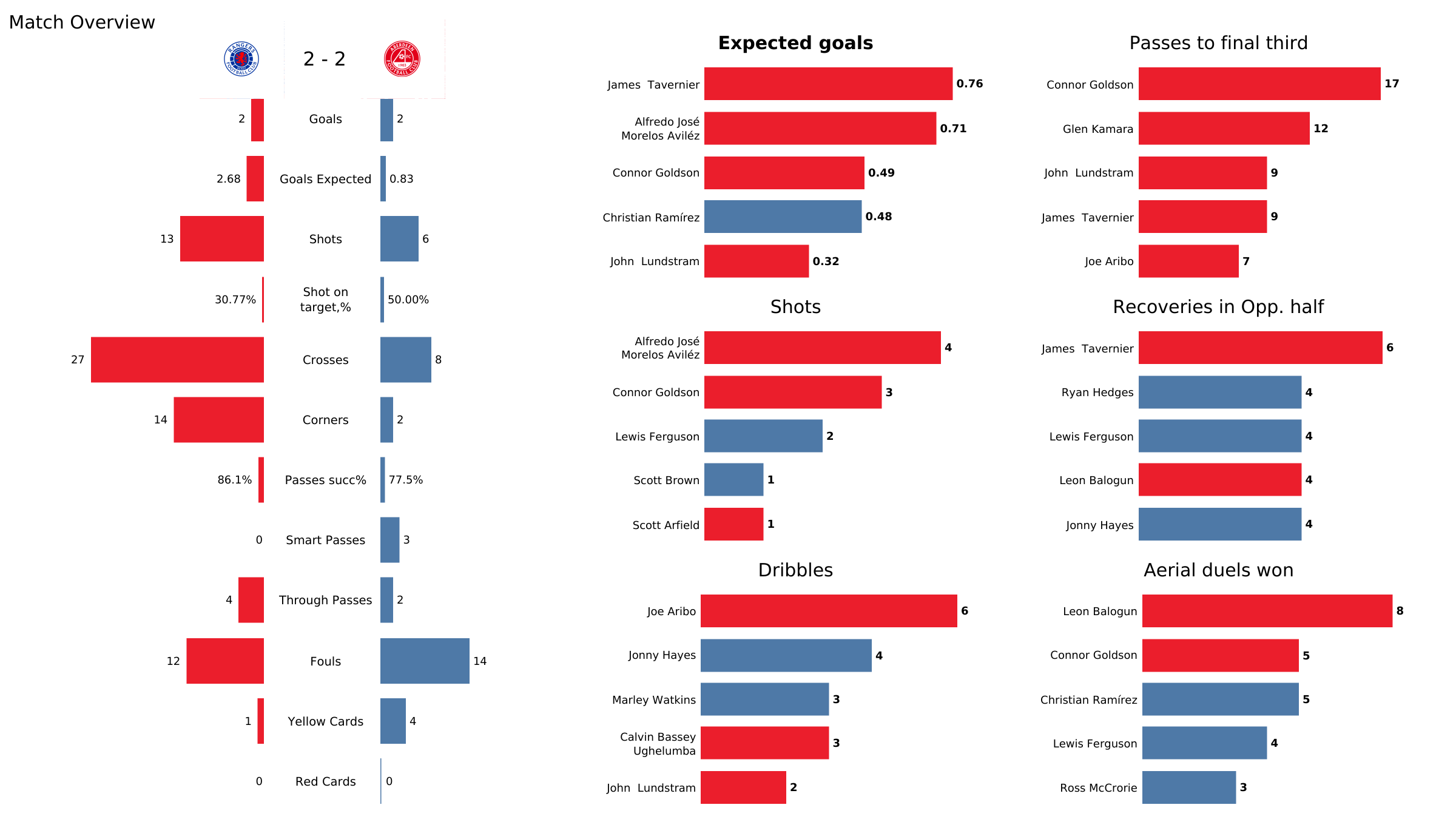 Rangers and Aberdeen played out a 2-2 draw when they met last time in the league. The hosts created 46 positional attacks and attempted 13 shots with a 30.77% shot accuracy rate. Aberdeen players created 18 positional attacks and attempted six shots. Alfredo Morelos and James Tavernier scored a goal each, and they had the highest xG rate in the match. 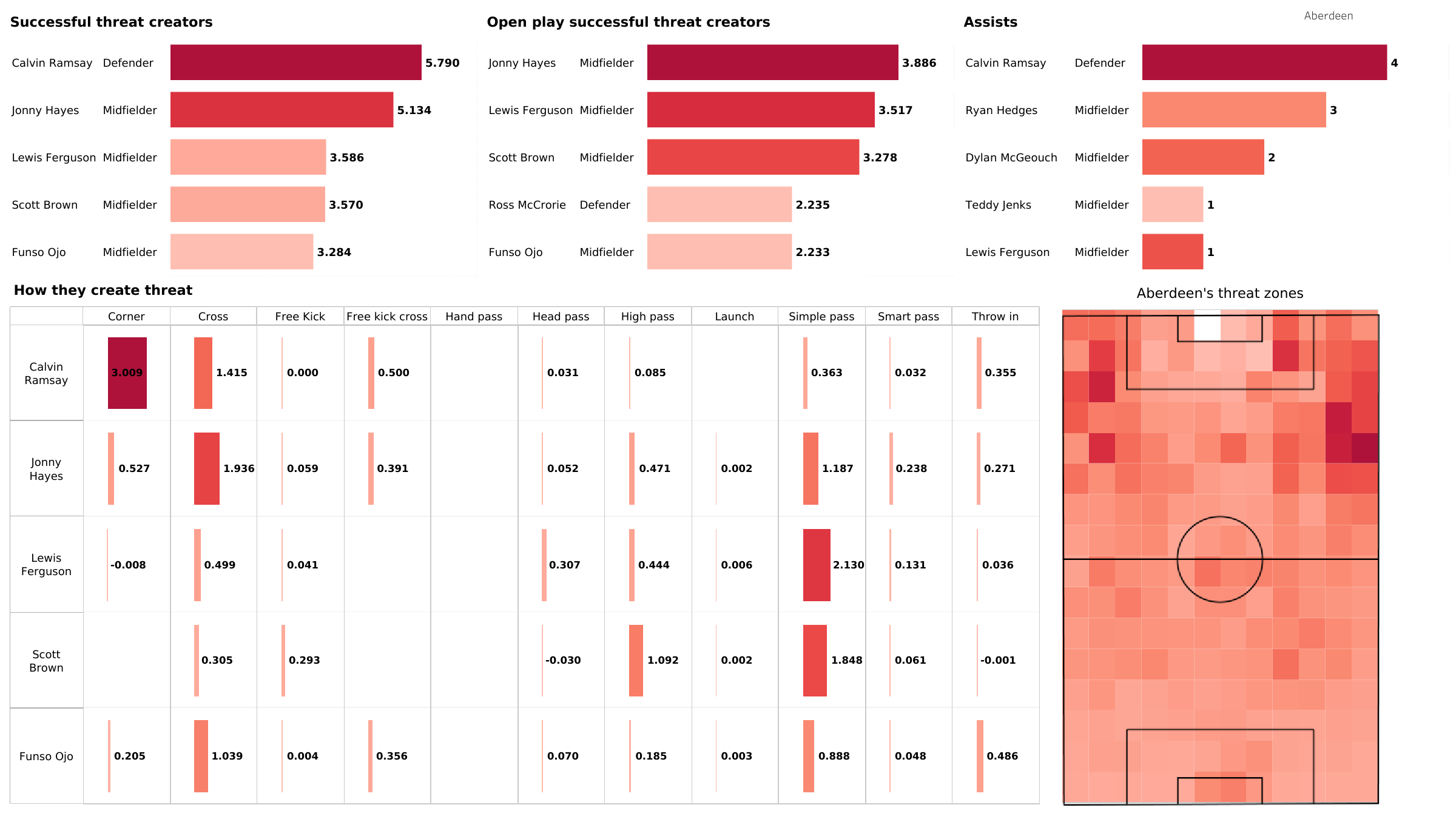 Aberdeen have scored 25 goals this season with a 22.59 xG rate. The hosts have conceded 24 goals, with an xGA of 19.77. The above viz shows the threat creation zones for Aberdeen this season. Aberdeen have attacked a lot from the right side, and right-back Calvin Ramsay has created the highest threat rate for the team. Jonny Hayes has created the highest threats from open play, and his crossing has been very effective when it comes to creating threats. Christian Ramirez is their top goal-scorer with eight goals.

Matty Longstaff has returned to Newcastle United and is no longer available to the club. Connor Barron has been recalled from his loan spell and will look to earn more game time with the first team. 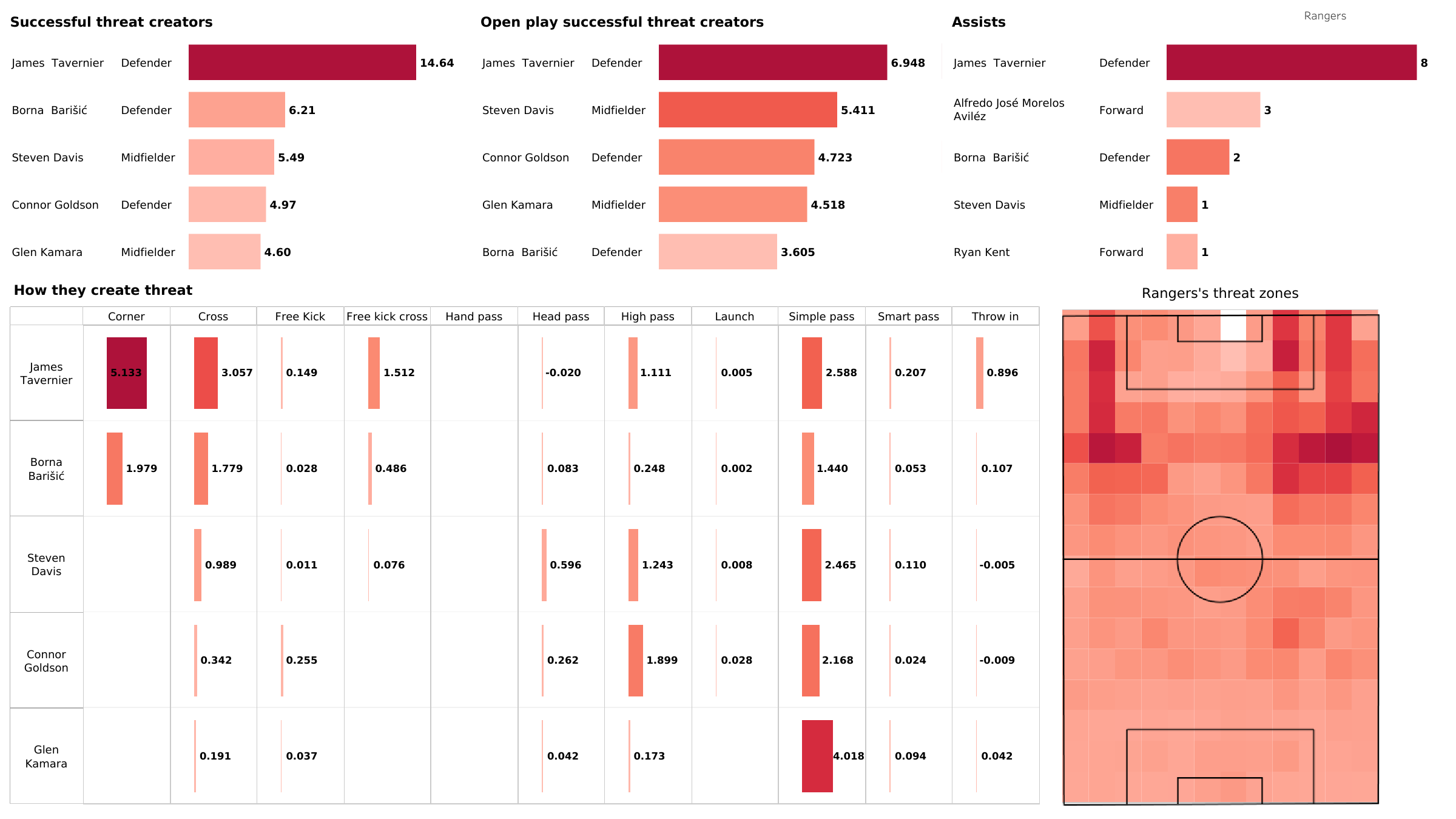 Giovanni van Bronckhorst has made a good start to his Rangers career. The defending champions have taken 21 points from a possible 21 and have conceded only one goal. Rangers have scored 43 goals with an xG of 41.57. There is a significant improvement in defense as the team has conceded 14 goals with an xGA of 13.32. Rangers have created a lot of threats from the wider positions, especially the right side. James Tavernier has ten assists to his name and is the highest threat creator for his club. He is active on corners, and his crossing has also caused trouble to the opposition.

Alfredo Morelos is the top goal-scorer with eight goals, and the forward also has four assists to his name. Nathan Patterson has left the club and joined Everton permanently. There are no fresh injury concerns for the defending champions.

The Rangers carry the momentum going into this game and will look to earn three points against the home team. They have a three-point advantage over Celtic with one game in hand. Aberdeen, on the other hand, will look to avoid a defeat against the league leaders and end Rangers’ winning streak under Giovanni van Bronckhorst.