Rangers revamped their first team by bringing in a few new players. They lost the Scottish Premiership title to Celtic last season, and that demanded improvement in the team. Joe Aribo and Calvin Bassey left the Gers to continue their football journey in England and the Netherlands, respectively. They bought in the likes of Tom Lawrence, Malik Tillman, Antonio Colak, and a few other players. These additions meant that some of the players had to settle on the bench and wait for their opportunities. One of the players who has been shifted to this role is midfielder Scott Arfield. He wasn’t a regular starter last season but got to play from the start in some of the games. This season, he has made all his league appearances from the bench and has turned out to be a super sub for Giovanni van Bronckhorst. The Dutch manager has used him in every game and some of the stats show why he is becoming a super sub for the Gers. 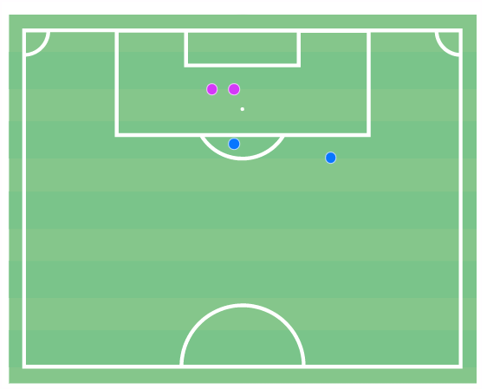 Arfield plays as a right central midfielder. He has spent 140 minutes on the pitch this season and has netted two goals, along with an assist. One of the goals was scored in the opening fixture against Livingston, and that proved to be the winning goal of the match. The other goal was scored in a 4-0 win against St. Johnstone. He also provided an assist in that match. The above viz shows the shot map of the 33-year-old, who has a 100% accuracy rate this season, with four shot attempts. His overall xG count after five matches is 0.79. 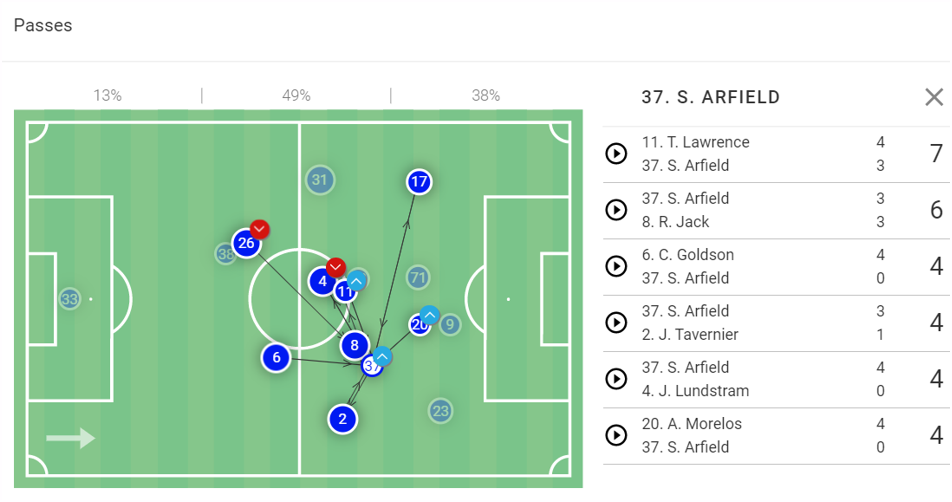 Arfield has also impacted the games with his passing. The player has attempted 51 passes with an 82.4% passing accuracy rate. These include six passes to the final third with a 100% accuracy rate and four passes to the penalty area with a 50% success rate. The above viz shows that Arfield plays a high line on the right side and directly links with the forward players. 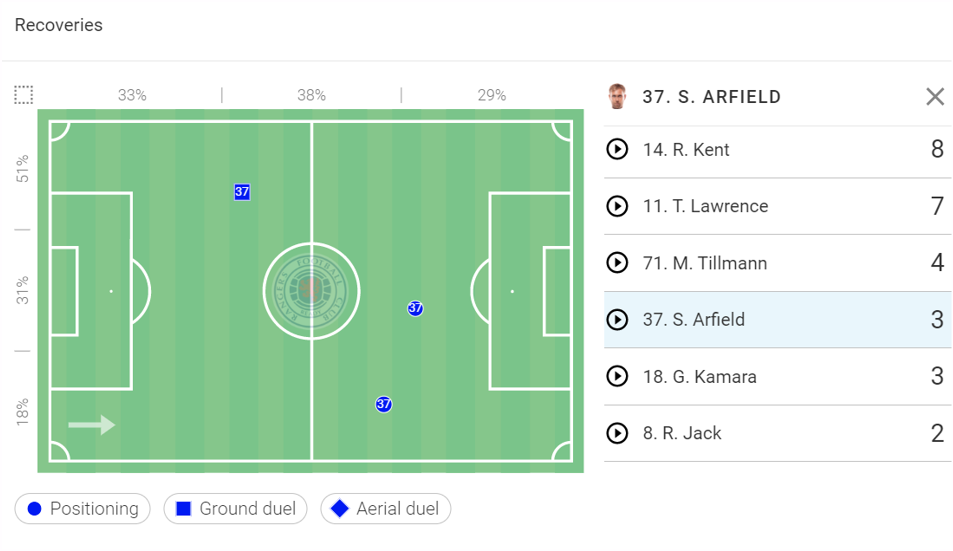 Another important feature of Arfield’s game this season has been his contributions to other parts of the field. He has made eight recoveries, with three inside the opposition’s half. In the first match of the season, he made three recoveries, two of which came inside the opposition’s half. He has a low duels win percentage, at 25%, which he needs to improve going into the season.

Scott Arfield has been an impact substitute for the Gers. Giovanni van Bronckhorst used him to run box-to-box in the last few minutes of the match. The player has contributed by scoring goals and showing his creativity on the field. His place in the starting XI is not confirmed this season and is likely to continue in the same role.