John Lundstram joined the Scottish Premiership side Rangers last summer after Sheffield United were relegated from the English Premier League. The Englishman took some time to settle into the squad and is now a regular under Giovanni van Bronckhorst. John Lundstram has now become a key figure for the Gers and has his name on the teamsheet in every game. We now look at some of the stats that show why the player is becoming a key part of Rangers’ squad. 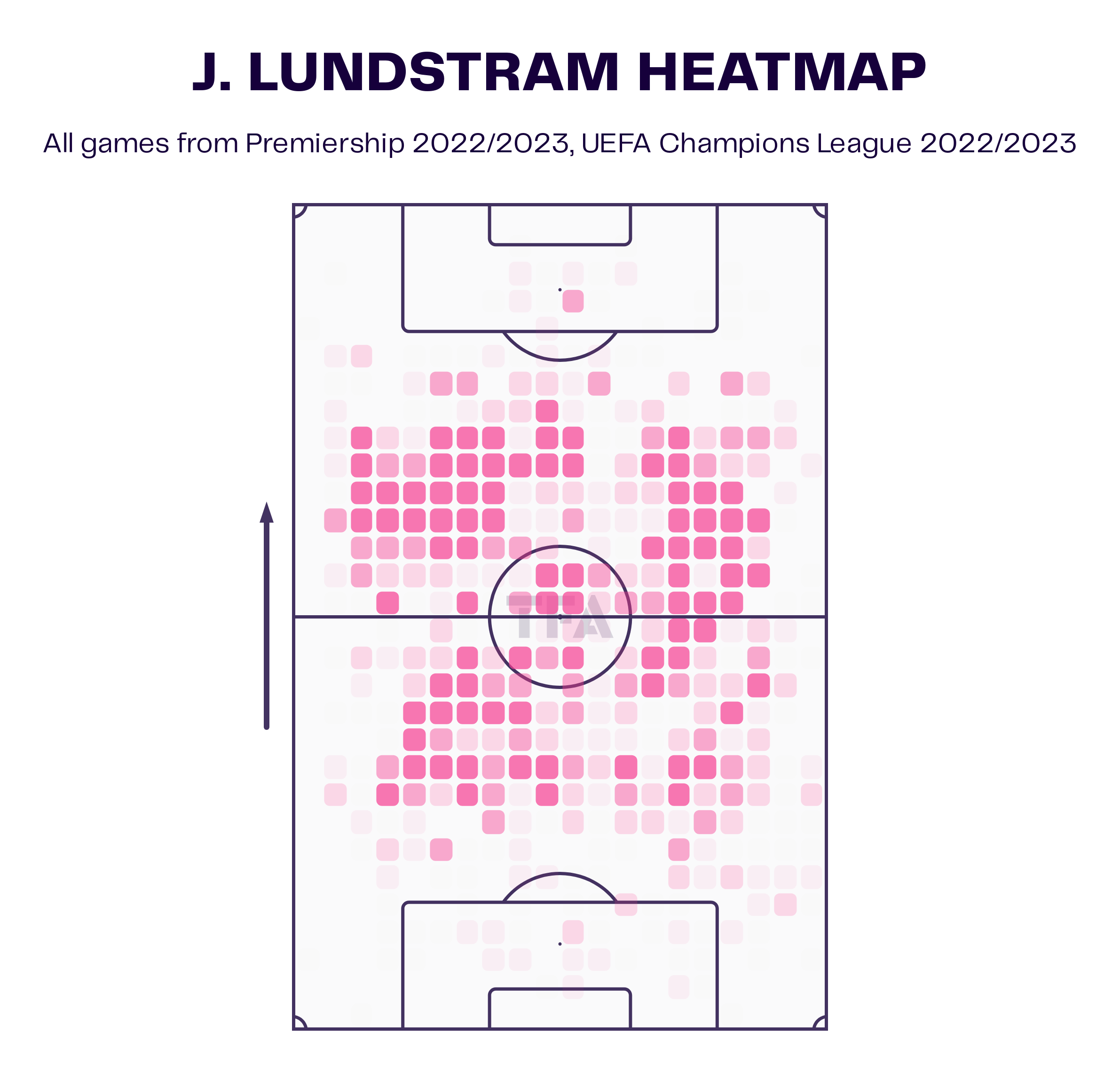 Rangers’ John Lundstram plays as a defensive midfielder. He has spent 992 minutes on the pitch this season and has made 11 appearances combined in the Scottish Premiership and in the UEFA Champions League. The midfielder has managed to score a goal this season. 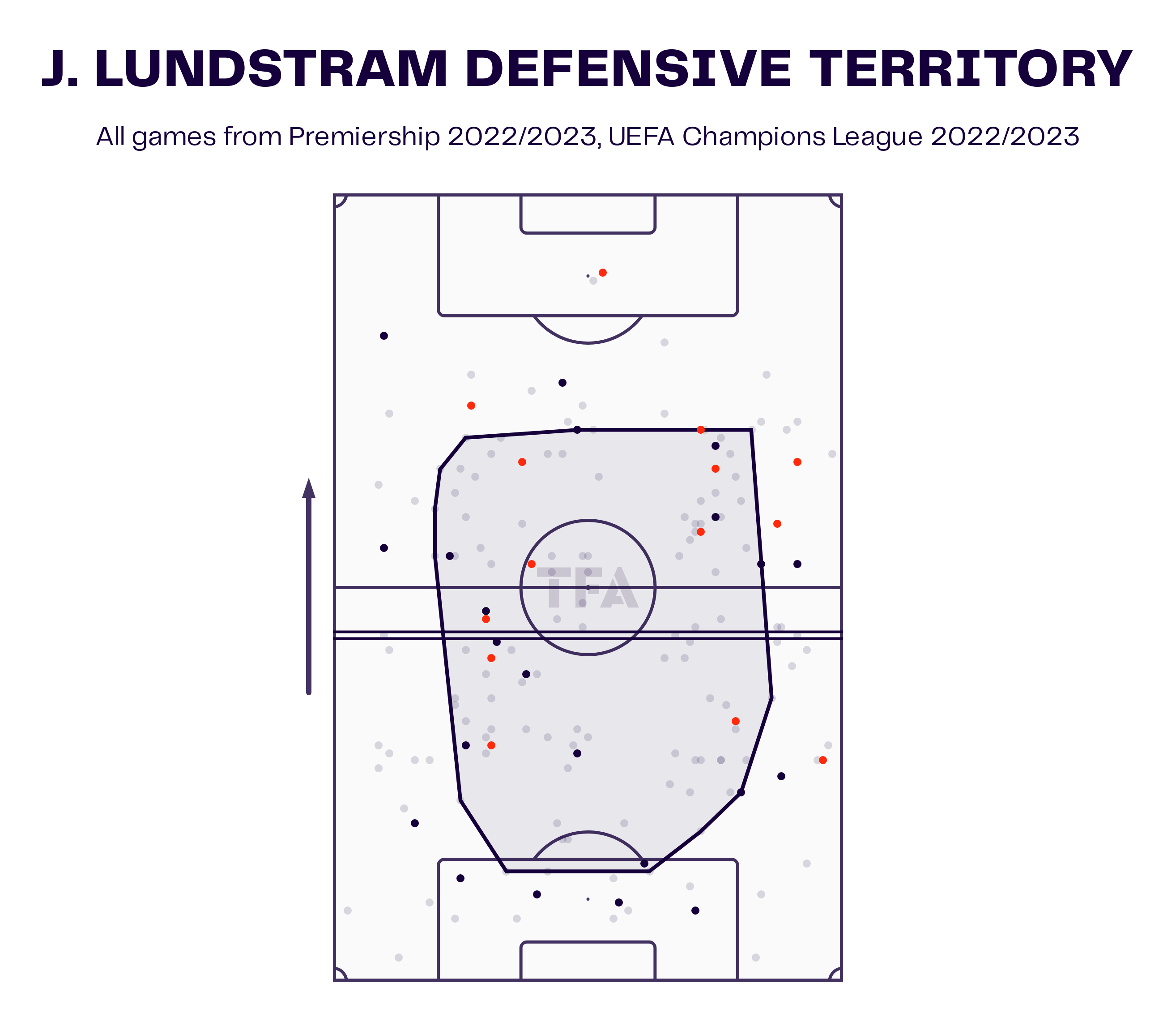 John Lundstram is a defensive wall in front of the centre backs. The above viz shows the defensive territory of John Lundstram in all the matches. The black dots show interceptions, and the red ones show the fouls committed by the player. He made a few crucial interceptions inside the penalty box to stop the opposing team from scoring a goal. 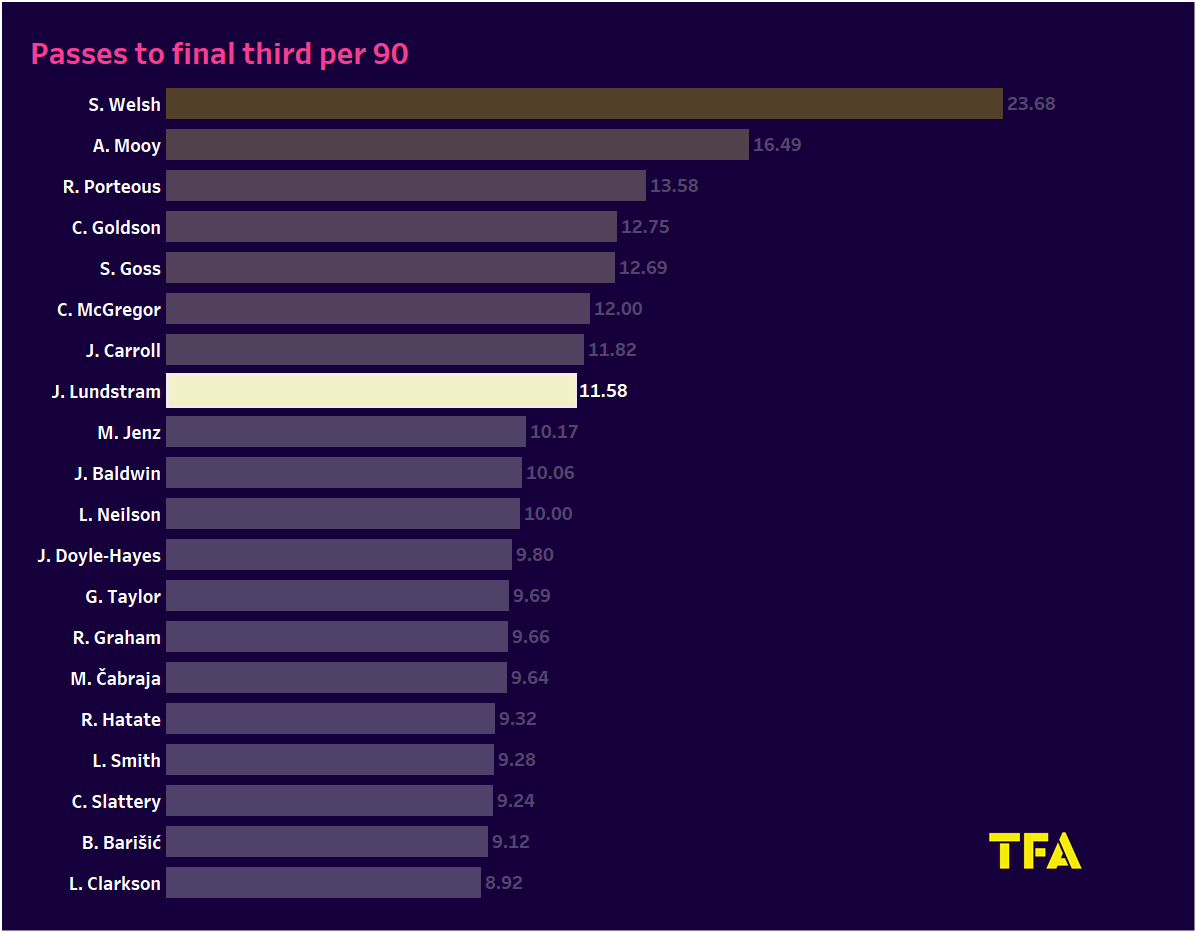 John Lundstram has kept the ball and has distributed it to teammates playing on different parts of the pitch. He averages 64.05 passes per 90 minutes with an accuracy rate of 91.4%. These include 9.25 passes to the final third with an 81.4% accuracy rate. The above viz shows that John Lundstram is rated highly amongst other players in the Scottish Premiership for attempting passes to the final third. His role is to hold the ball and find the attacking players in vacant spaces on the field. 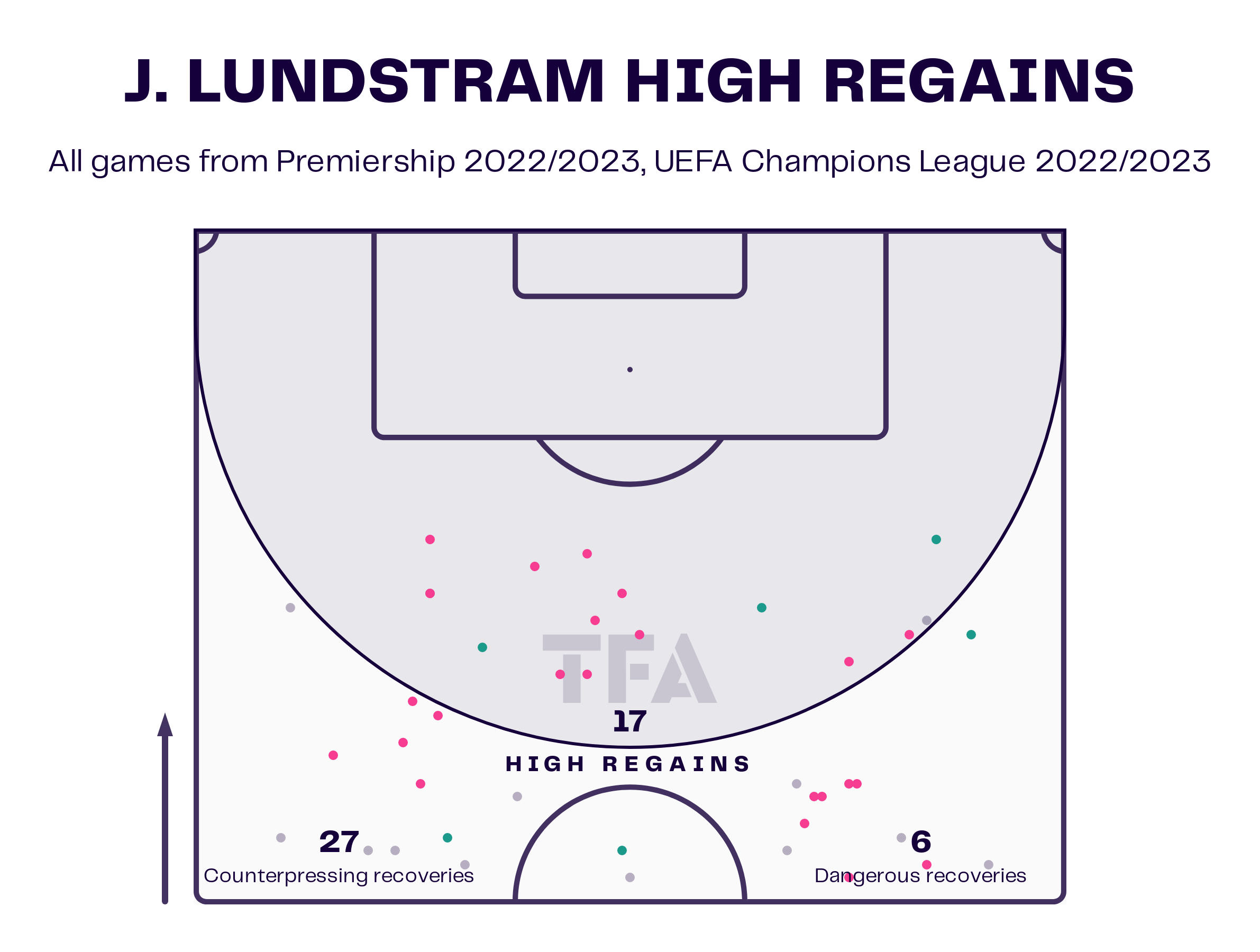 One of the biggest positives in John Lundstram’s game is the number of recoveries he has made this season. Overall, the player averages 9.25 recoveries per 90 minutes and 43.1% of them have been made inside the opposition half. The above viz shows the high rebounds that Lundstram has made this season. The red dots show the counterpressing recoveries, and the green dots show dangerous recoveries. We can observe that the midfielder has made a few crucial recoveries in the final third and that has helped his side to keep the attacking momentum.

Rangers’ John Lundstram has become a key figure in the midfield. He has won duels in crucial areas and has made high recoveries for his team. The 28-year-old will look to improve his stats and help his side get back the league title from Celtic.