Rangers signed Nigerian international midfielder Joe Aribo on a free transfer from English club Charlton Athletic in 2019. He has been a regular part of the Rangers squad since then and has made huge contributions in their title-winning season last year. The player continued his good form this season and has gained the interest of some of the clubs in the English Premier League.

The 25-year-old midfielder has featured in every Scottish Premiership game this season for Rangers. He has started in 19 matches and was subbed on in one of the matches. The player has scored six goals and provided three assists. This makes him the highest goal-contributing midfielder in his team. 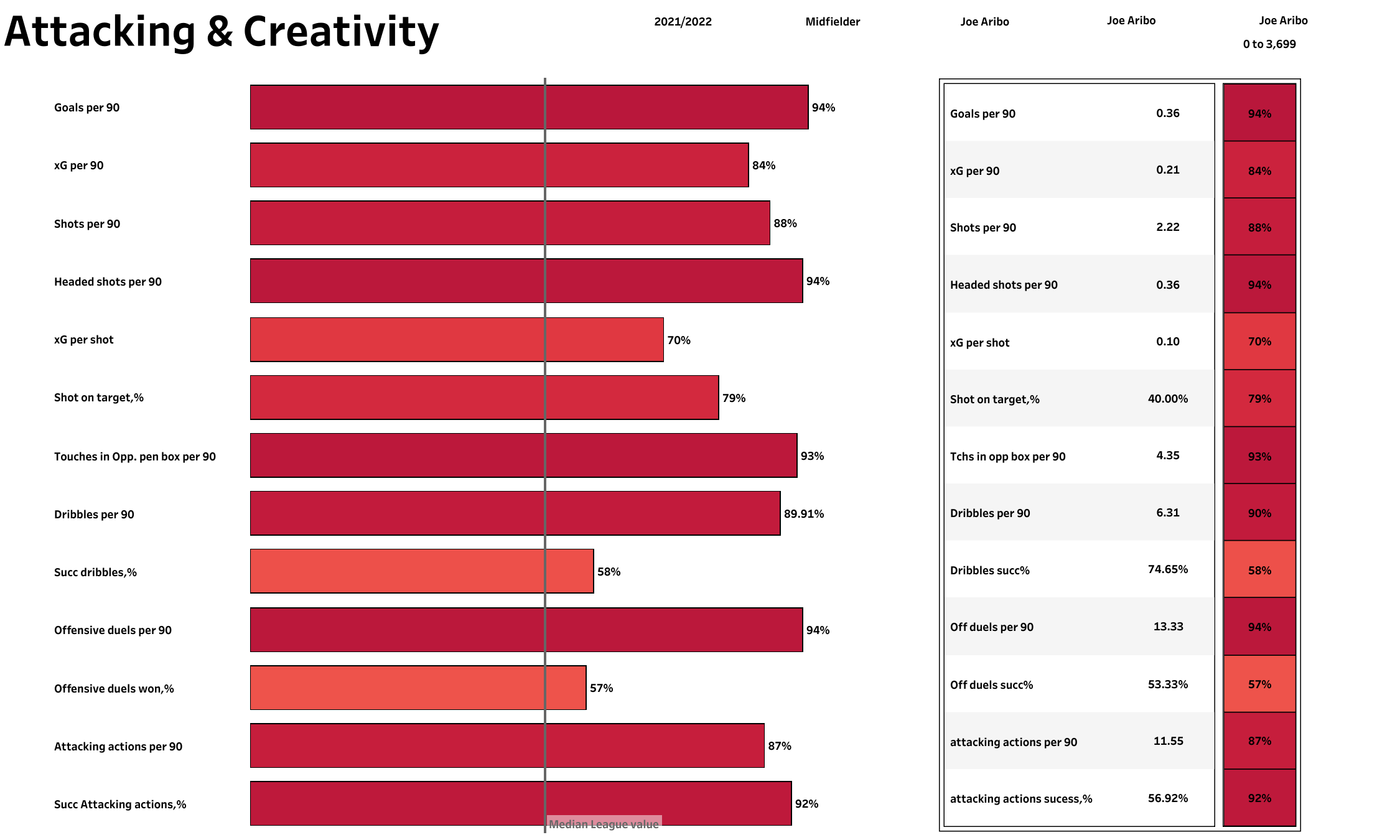 When looking at the above chart, the general rule is that the longer the bar, the better the performance – you can see the league average in the middle, and the % is the percentile rank the player is in. These stats are in comparison with other midfielders in the Scottish Premiership.

Joe Aribo averages 0.36 goals per 90 and 0.21 xG per 90. His overall xG this season is 3.31, and five goals have been scored from inside the opposition’s penalty box. The Nigerian player averages more than 2.22 shots per 90 with a shot accuracy rate of 40%. The stats above show that Aribo creates a lot of threats while going forward. He takes more than four touches inside the opposition’s penalty area in any match and is involved in more than 11 attacking actions per 90. The midfielder has a high bar in every stat shown in attacking and creativity and has performed better than other midfielders in the Scottish Premiership. 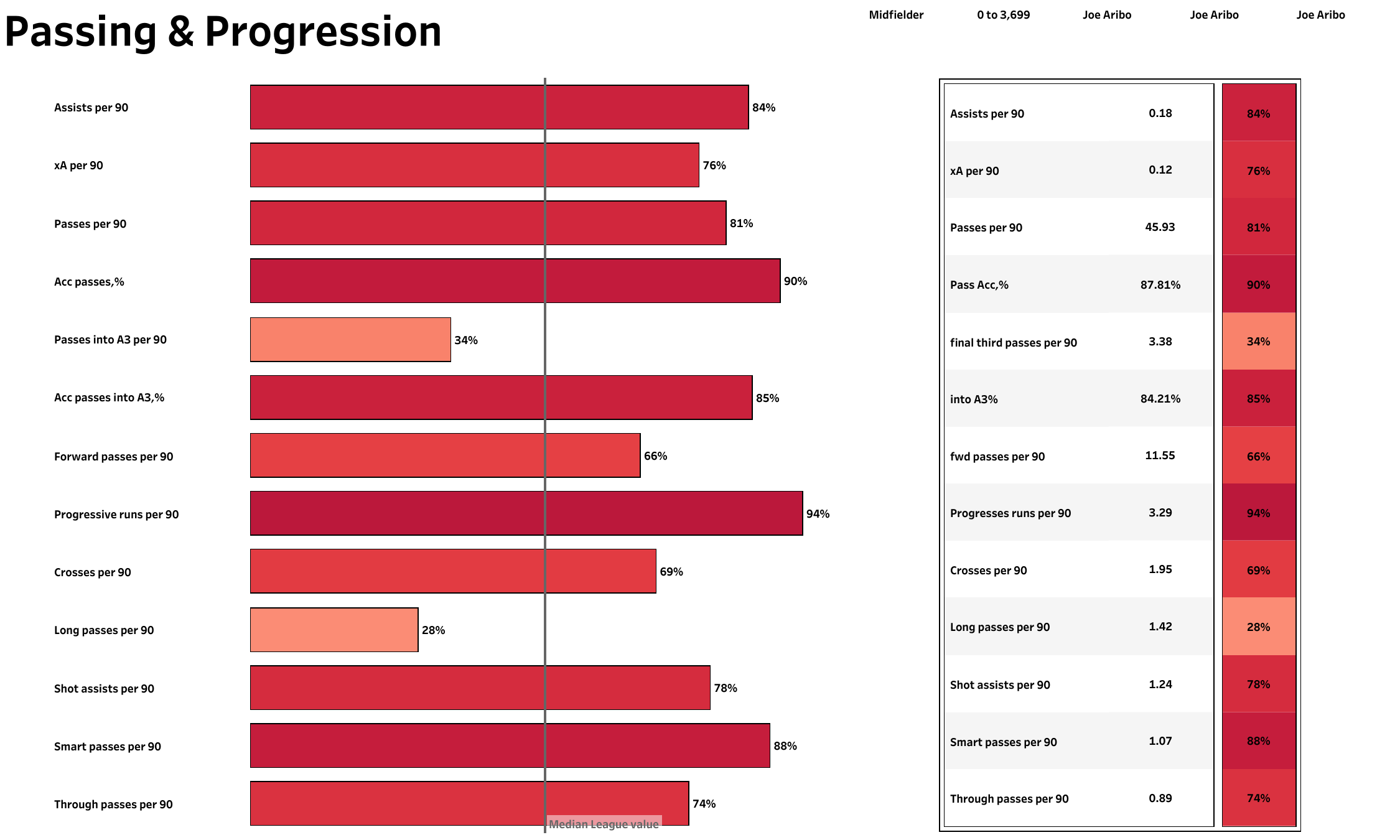 The above viz shows the passing and progression stats of the player this season. His three assists this season average 0.18 assists per 90. Aribo averages 45.93 passes per 90 with an 87.81% pass accuracy rate. The passes attempted by the player into the final third have been less in comparison to the other midfielder in the league. Aribo tries to provide crosses in every match and averages around two crosses per 90. He has successfully delivered 11 smart passes and is only behind Ianis Hagi, who has delivered 19 smart passes.

Both visuals show that Joe Aribo is one of the most attacking midfielders in the Scottish Premiership this season. He has made great contributions in the title defending season for the Rangers. His attacking stats have been better than the passing stats. Last season the player managed to score seven goals and provided four assists. This season he is just one goal and one assist behind to surpass his record. Rangers will look to keep hold of him as Aribo is one of the most creative players on their side.