Scottish Premiership side Rangers are interested in buying Dutch midfielder Gustavo Hamer from EFL Championship side Coventry City in the summer. The midfielder is on the radar of their rivals, Celtic, as well as some of the English Premier League clubs. He has been a regular part of the Coventry City squad and has provided the most assists for his team. The Scottish side is short of central midfielders who can provide goal contributions and want to add the Dutch player to their squad.

Gustavo Hamer has made 32 appearances out of a possible 38 in the EFL Championship this season. He has scored three goals and provided six assists this season. 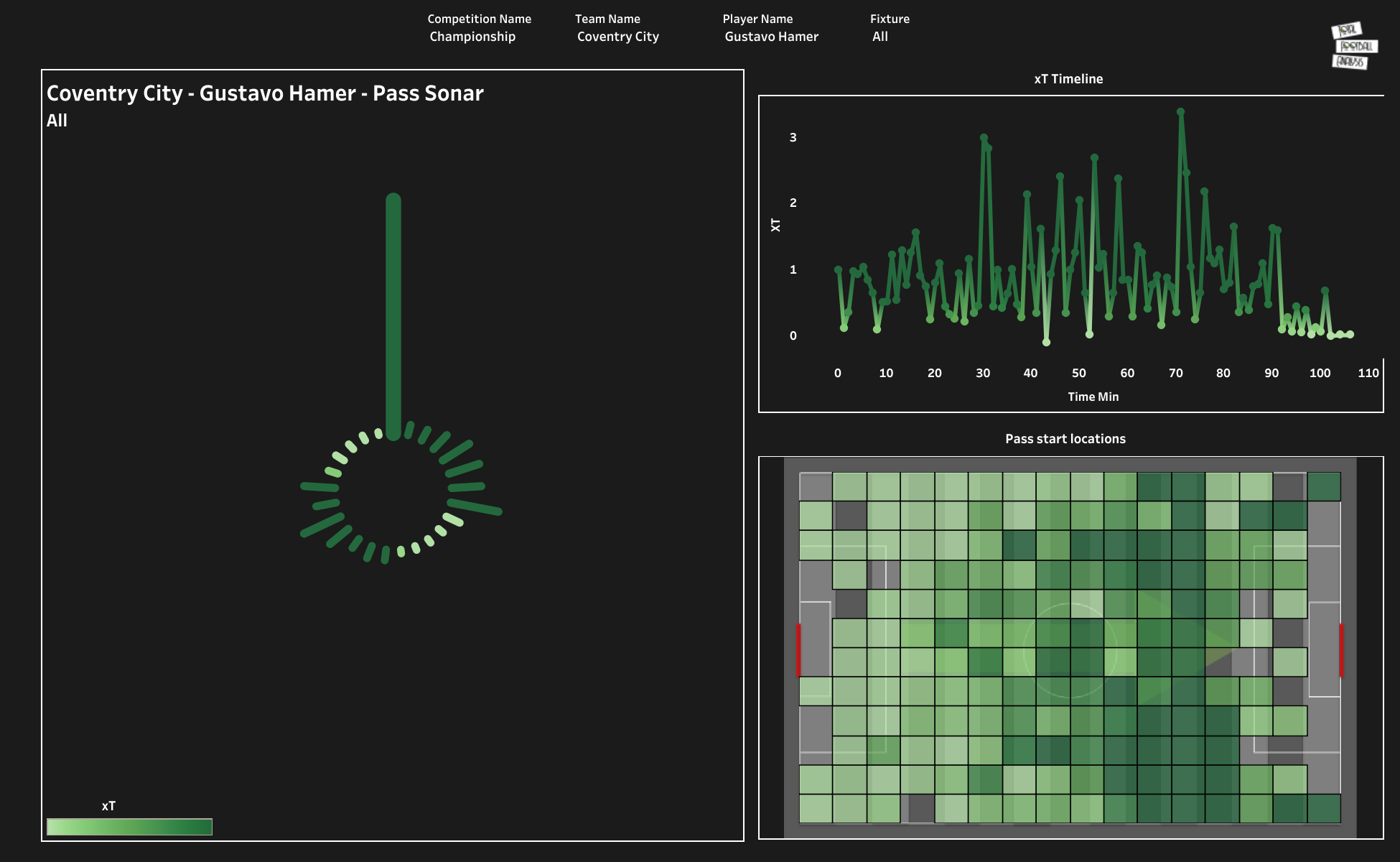 The player has impressed with his passing on the field and has created a lot of threats. By looking at the pass start location, we can observe that Hamer has covered all the areas on the pitch. The greatest threat is created by the passes attempted from the top of the middle third into the final third. The xT timeline shows that he is very influential in the middle phase of the matches and creates a lot of threats on the pitch. When he takes the wider positions, Hamer has attempted simple passes and a few crosses. However, the player likes to dictate the play and create chances for his team. 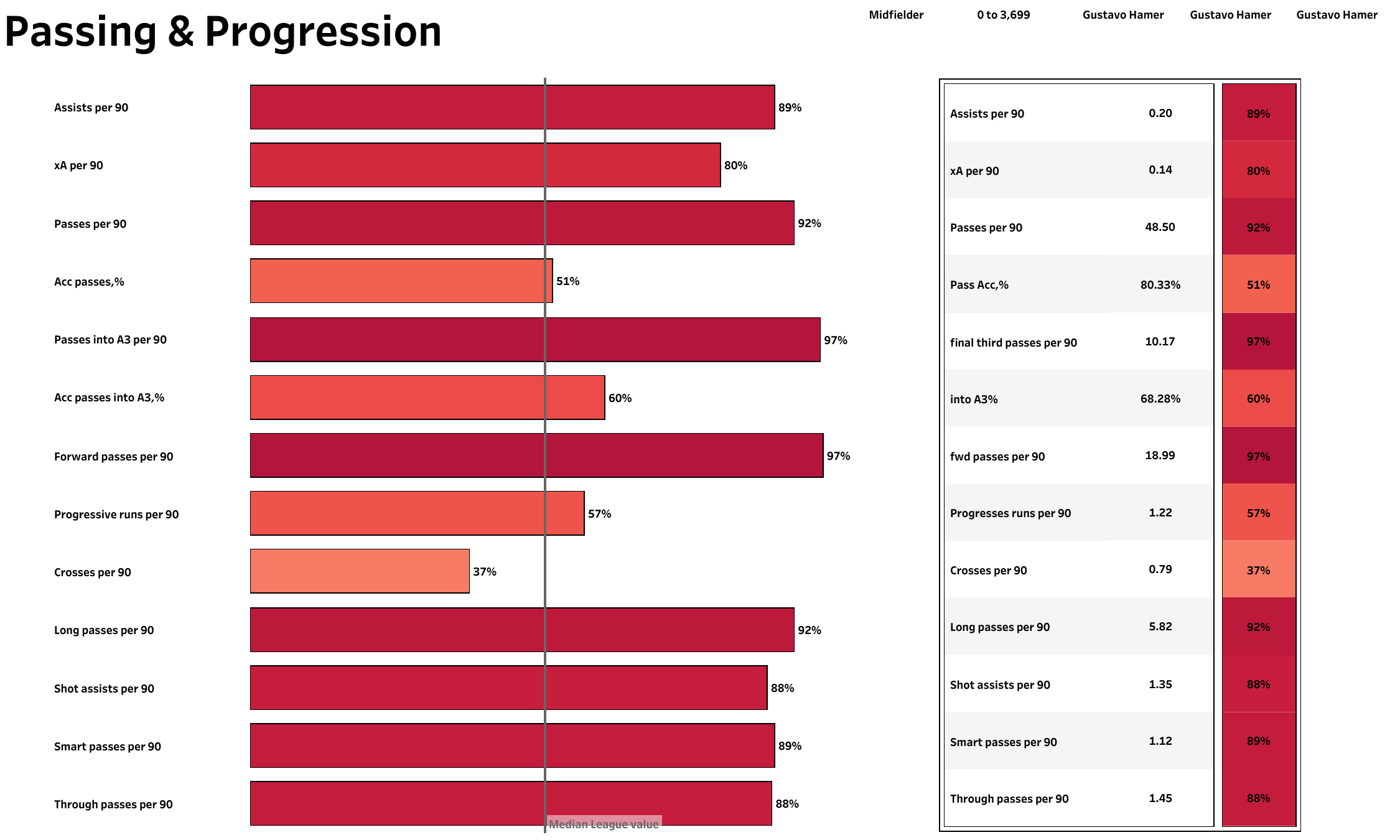 When looking at the above chart, the general rule is that the longer the bar, the better the performance — you can see the league average in the middle, and the % is the percentile rank the player is in. The above data is in comparison to the other midfielders in the league. Hamer averages around 50 passes per 90 minutes but has a low accuracy rate. However, he is ranked high amongst other midfielders for attempting passes into the final third as well as attempting forward passes. He has attempted a lot of long passes and averages around six passes per 90 minutes. The midfielder has a high percentile rank amongst the other midfielders. 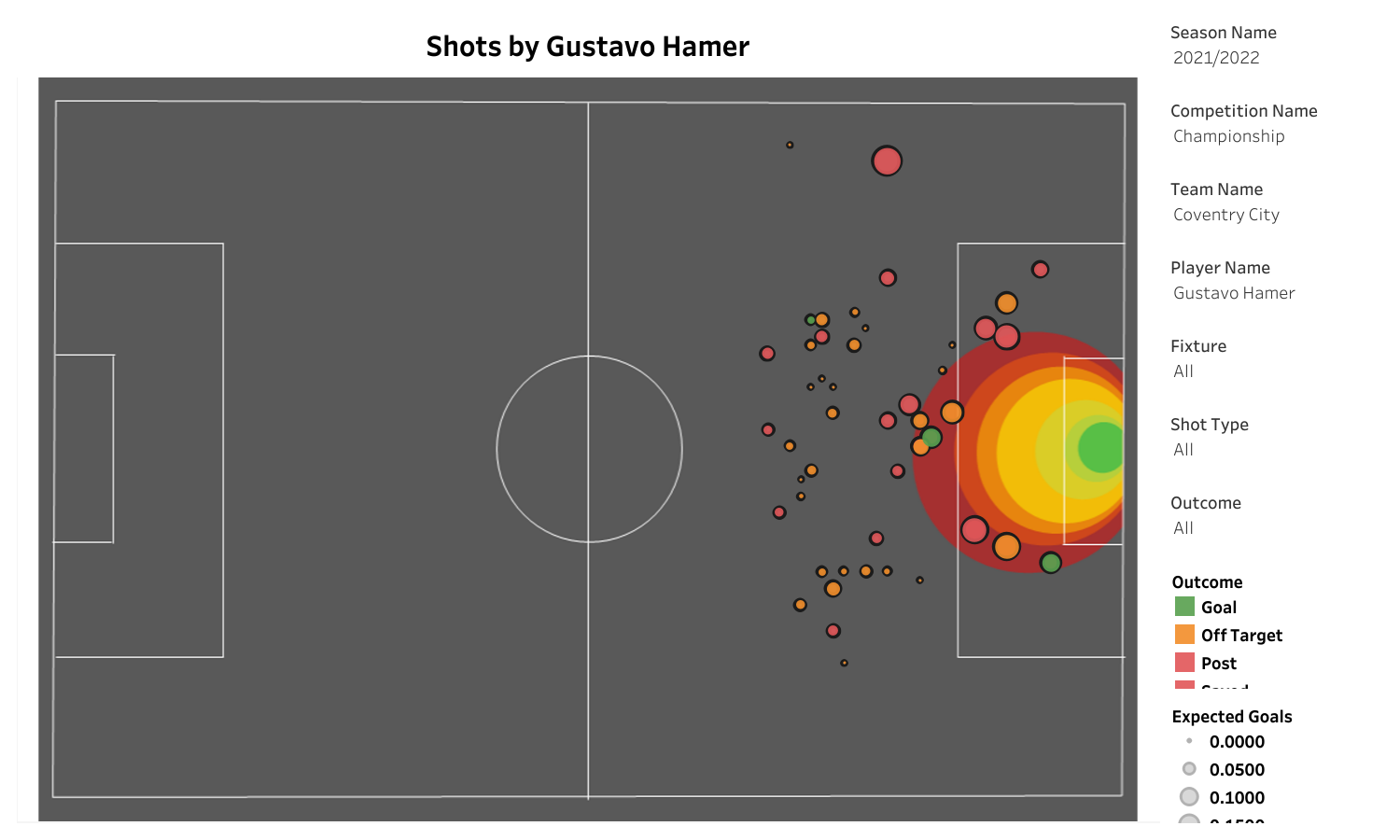 The 24-year-old midfielder is not only a good passer of the ball but has been effective with his efforts towards the opposition’s goal. He has attempted a total of 50 shots this season, and 19 of them have been on target. Of these 50 shots, eight were attempted from inside the opposition’s penalty box. Gustavo Hamer has scored two goals from long-range efforts, and one has come from inside the penalty box. 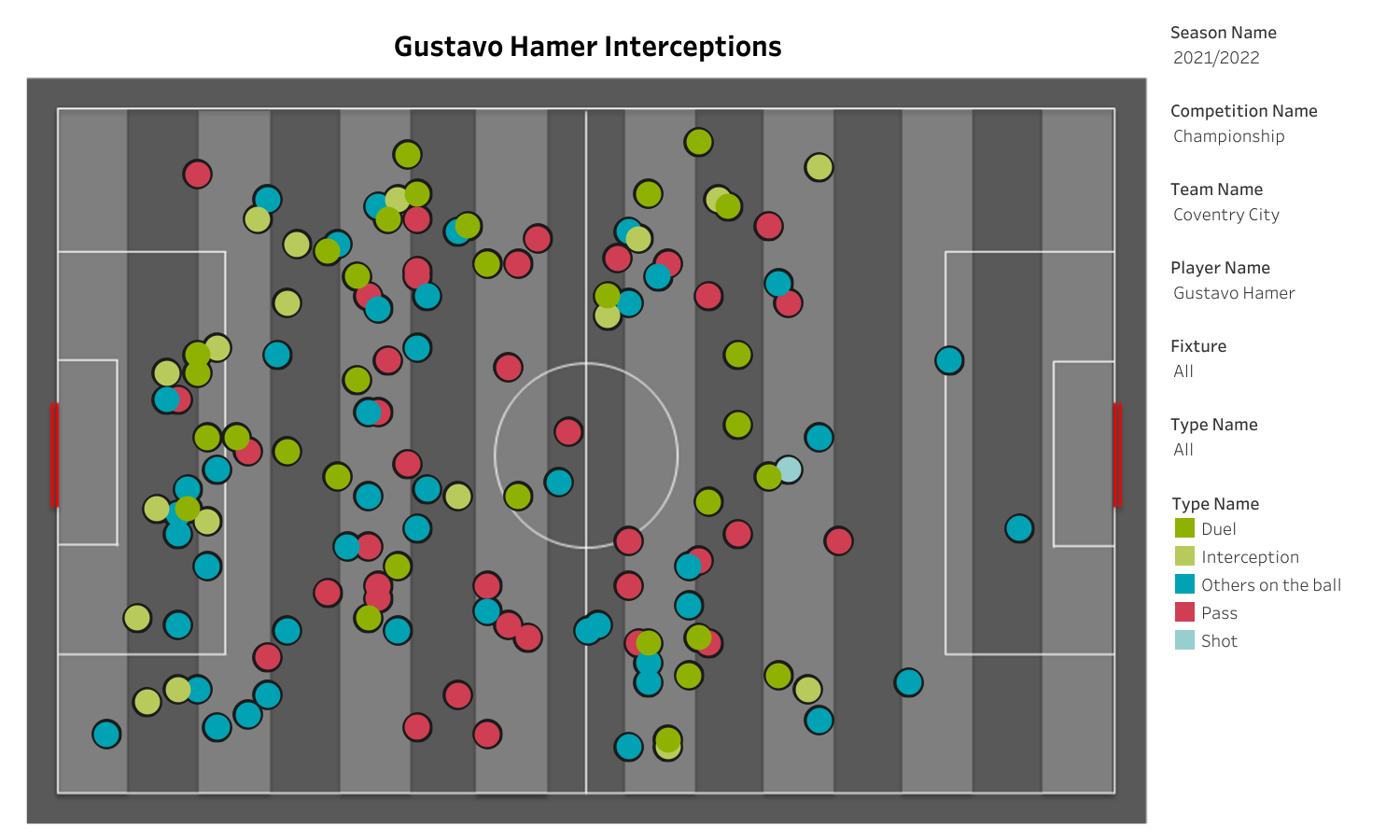 The midfielder has also contributed towards the defensive side and has made a lot of interceptions this season. He has made 133 interceptions, some of them inside the opposition’s half. From the above viz, we can notice that most of the interceptions have been made when opposition players are on the ball.

Gustavo Hamer has bossed the Coventry City midfield. The player can be a great addition as he can create and score goals. He can also make contributions towards the defensive side and has played a crucial role in his side’s run in the EFL Championship. Rangers will look to monitor the Dutch player and make a move before the other clubs acquire his services.