Chelsea youngster Billy Gilmour is listed for a move away from Stamford Bridge in the summer. The Blues are continuing with their policy of loaning out their young players and patiently waiting for them to get ready for their first team. Chelsea’s Gilmour is one of the highly rated youngsters. He plays as a holding midfielder and distributes the ball from the defence to the attack. The 21-year-old was a product of Rangers‘ academy, and he switched to Chelsea at a very young age. The Scottish Premiership side is looking for midfield options and a loan move for their former player is a possibility. Gilmour has experience playing in the English Premier League and some of the stats from the previous season show why Rangers should target Gilmour in the transfer window.

Gilmour featured in 24 English Premier League matches for Norwich City last season. He was able to provide an assist to the team that got relegated from the English top division. 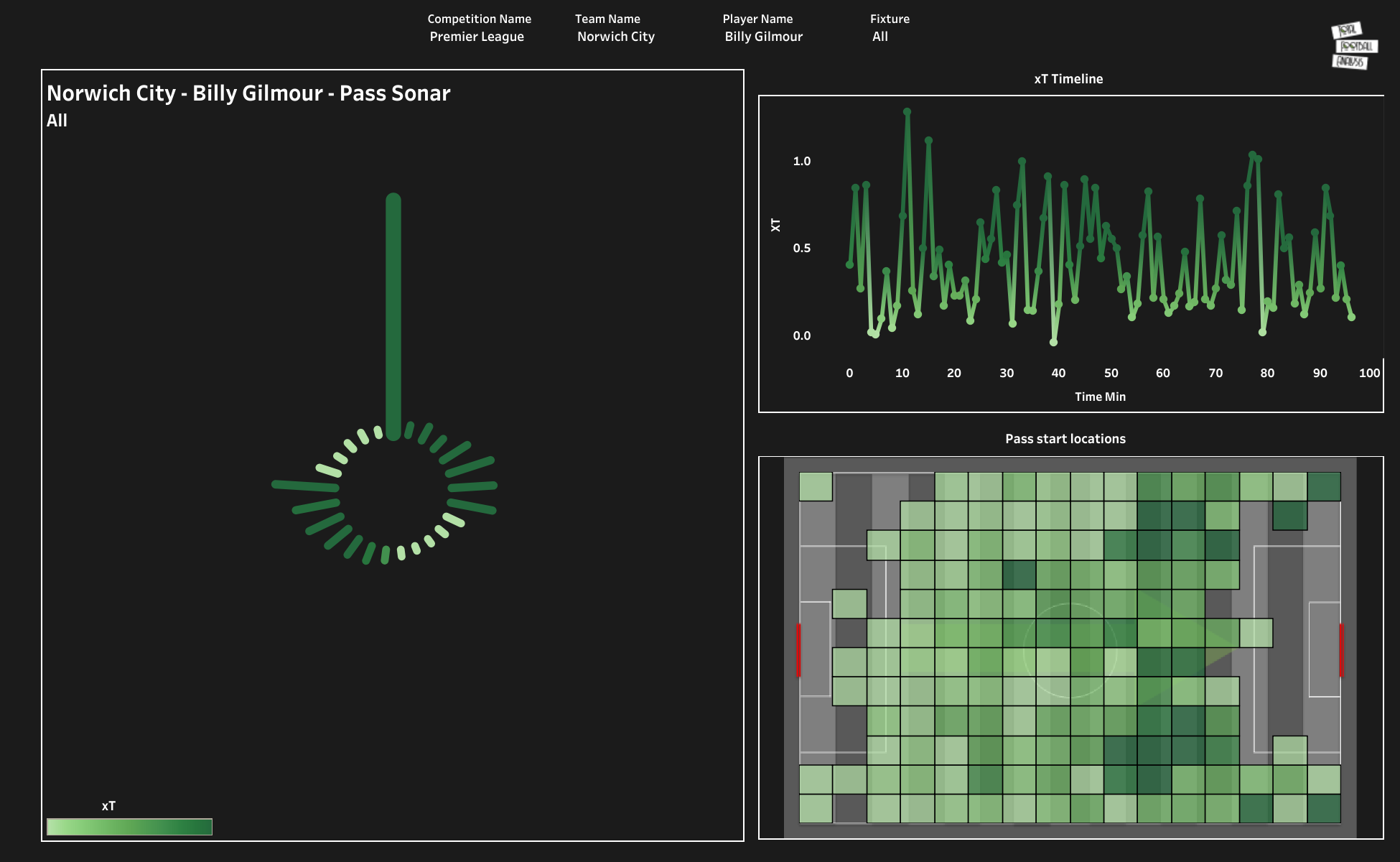 The midfielder averaged 48.12 passes per 90 minutes with an accuracy rate of 84.9%. The above viz shows the pass start location and threat created from passes at different time intervals. We can observe that Gilmour covered a lot of areas in the field. He can deliver in set-pieces and was involved in corner duties for the Canaries. The player averaged 7.7 passes into the attacking third with an accuracy rate of 74.12%. This shows that Gilmour likes to hold the ball and get involved in attacking plays. 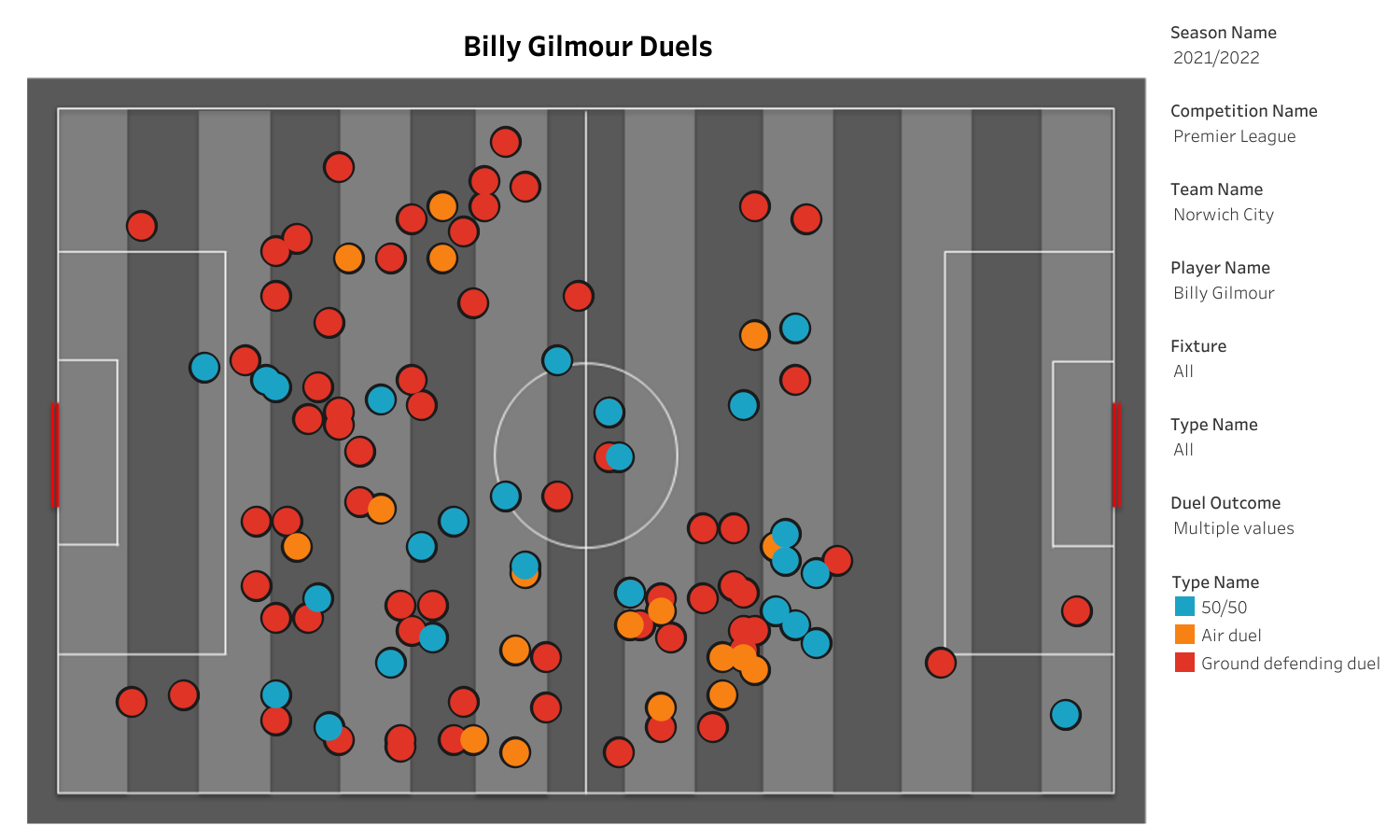 The Scottish international needs some game-time, and Rangers could be a perfect destination for him. Billy Gilmour is highly admired in Scotland, and this could be the only chance he gets to play in the Scottish Premiership. Rangers have an opportunity to sign a young midfielder as they are afraid of losing Glen Kamara. They would try to sign him in the coming days.