Rangers have decided to send their young and talented midfielder, Ben Williamson, on a loan spell to get more minutes on the pitch. The 20-year-old also spent the last year on loan with two different teams. He was sent to Scottish Premiership rivals Livingston at the start of last season. Due to limited game-time, he was called back and sent on loan to the Scottish Championship side, Raith Rovers. Now, the player is once again expected to play in the Scottish Championship after Dundee showed interest in the youngster. Dundee were relegated last season and would like to return to the Scottish top division. Williamson is into his last year of the contract, and this will be a crucial loan spell for the youngster. Some of the stats from last season show why the teams are interested in getting the youngster on loan. 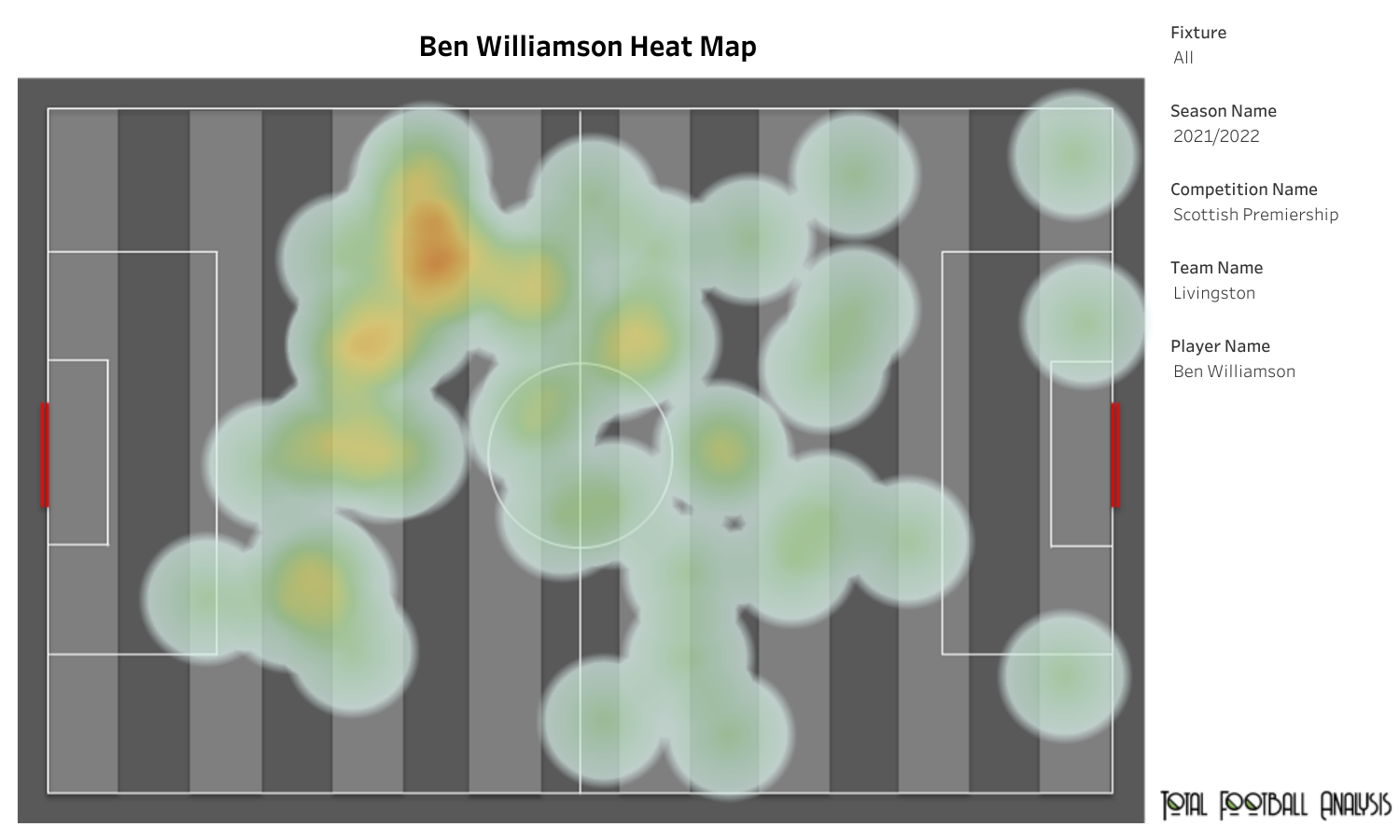 Williamson featured in five Scottish Premiership games last season. He started in four matches and came on as a substitute in the other. The above viz shows the heat map of the player in those five matches. The 20-year-old played towards the left side, and his average position was inside his team’s half. He played more of a defensive role and was unable to make any goal-scoring contributions. 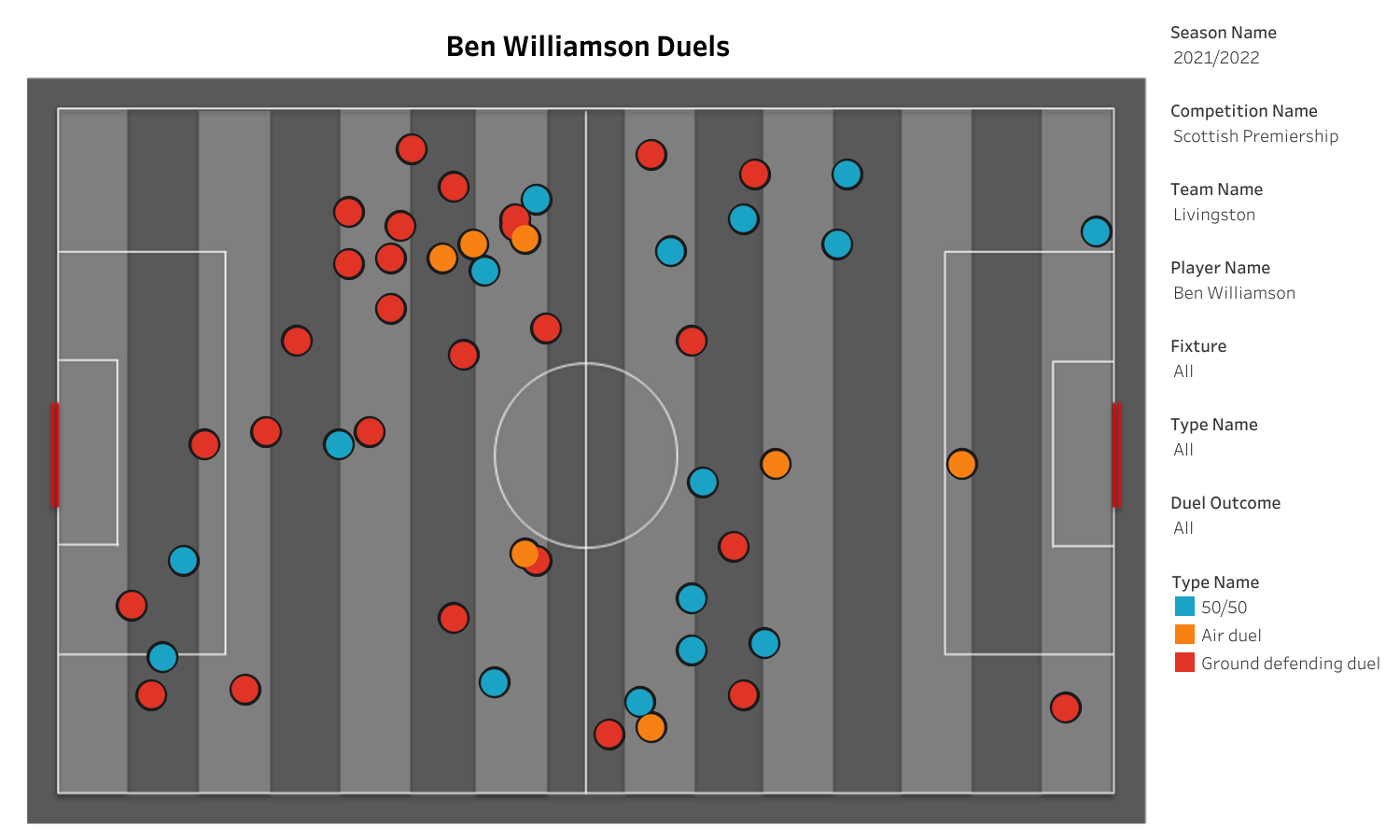 Williamson made some crucial defensive contributions, and that was his main strength last season. He was involved in 12.65 defensive actions per 90 minutes with a success rate of 74.3%. The above viz shows all the duels that were contested by the player. He contested 9.76 defensive duels, 2.53 aerial duels, and 5.78 loose ball duels per 90 minutes. The success rate was 11.1% for defensive duels, 57.14% for aerial duels, and 43.75% for loose ball duels. This shows that the player is good in the air and is not shy of making a challenge or two. 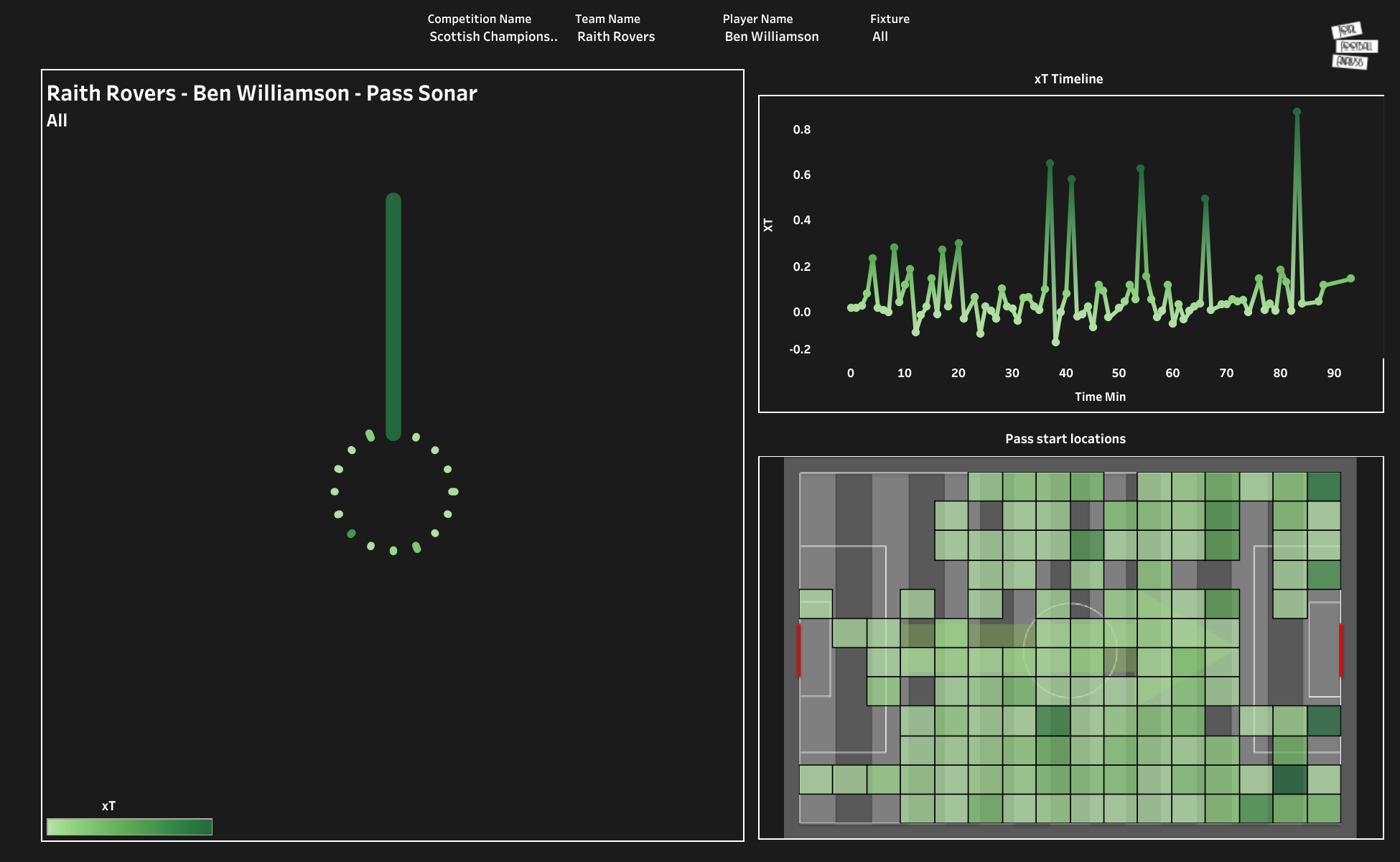 Williamson impressed everyone in his second loan spell at Raith Rovers. He made 14 appearances for the Scottish Championship side and scored two goals, along with an assist. The above viz shows the pass start location and threat created from passes at different timelines. This shows that Williamson mostly featured on the right side and sometimes, changed the side to play on the left side. He stretched the opposition defenders and attempted passes from the flanks into the penalty box.

The youngster was given a more attacking role as the player was involved in 7.9 attacking actions and had a success rate of 40.45%. He averaged 2.22 touches inside the opposition’s penalty box and also attempted 4.63 dribbles per 90 minutes. This shows that Williamson can play a crucial role if given more minutes on the pitch.

Rangers will be hoping that the youngster plays well, and they might offer him a new contract. Ben Williamson is a talented midfielder who could be a part of Rangers’ plans in the future.