Rangers have completed the signing of Liverpool defender, Ben Davies, on a four-year deal. This move was made after the Scottish Premiership side almost confirmed the departure of Calvin Bassey to Ajax. The Nigerian was signed by the Dutch champions to replace Lisandro Martinez in the defence. Ben Davies was signed by Liverpool in the 2020/21 winter transfer window. He was signed as a backup defender after injuries hit Liverpool’s defence. The centre-back was unable to make a single appearance for the Reds and was sent on loan to Sheffield United in the EFL Championship. The 26-year-old is highly rated in the English second division and could prove to be a great addition to Rangers’ squad. Some of the stats from last season show how the player can play a crucial role in getting back the Scottish Premiership title from Celtic. 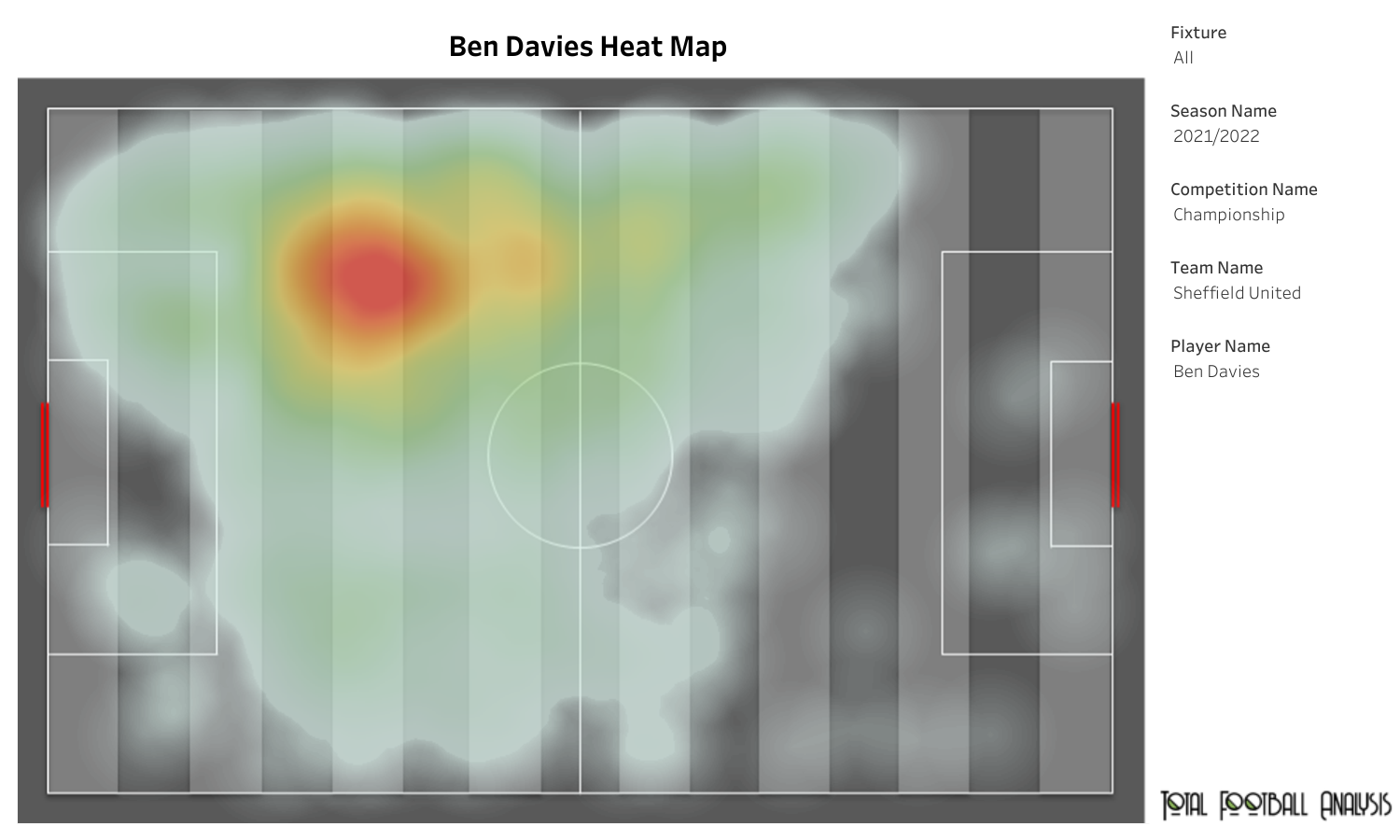 Last season, after making a switch to Sheffield United, Davies made 22 appearances for the Blades. The above viz shows the heat map of the player in the EFL Championship. Davies played as a left centre-back and provided defensive cover for the full-back. In his short spell, he was able to score a goal for the English club. 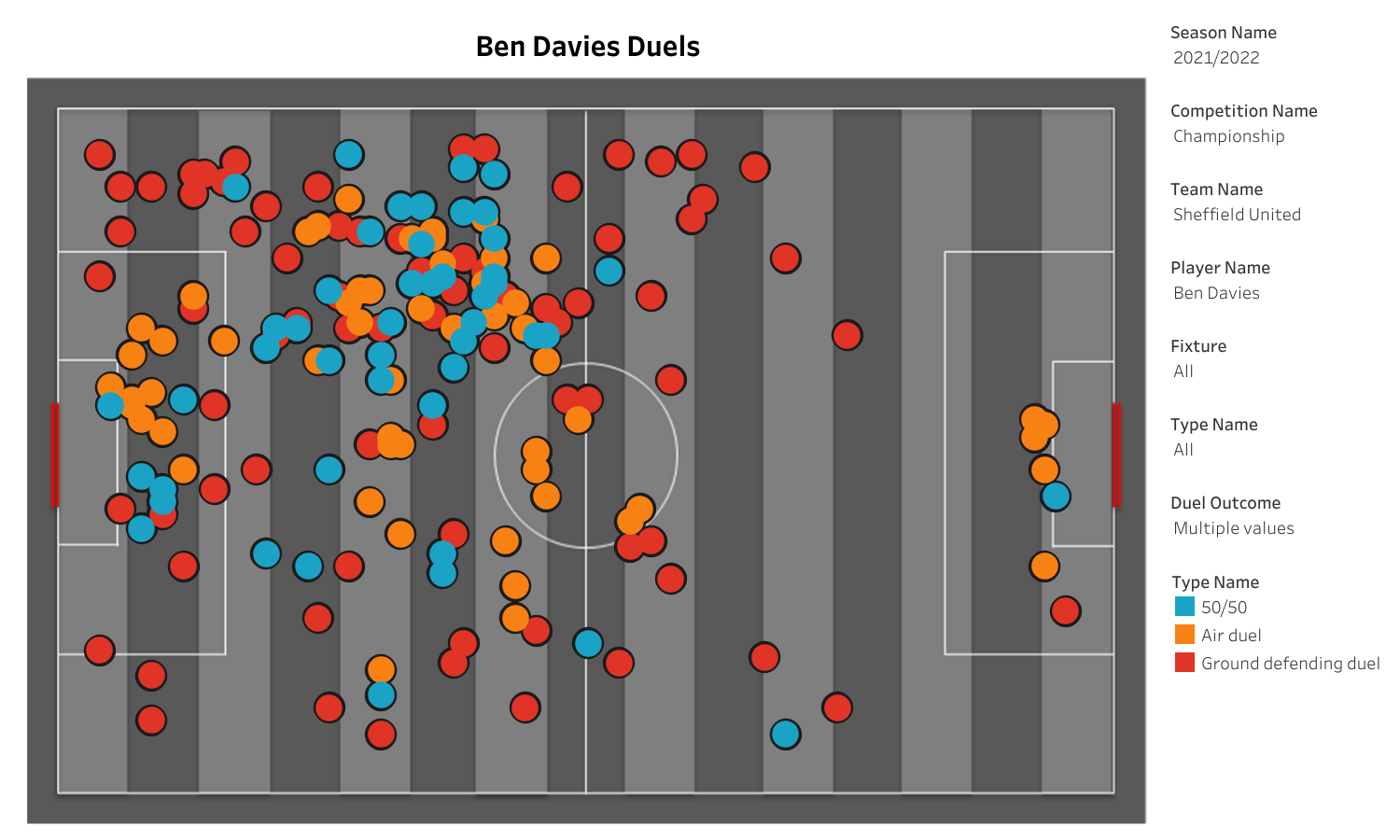 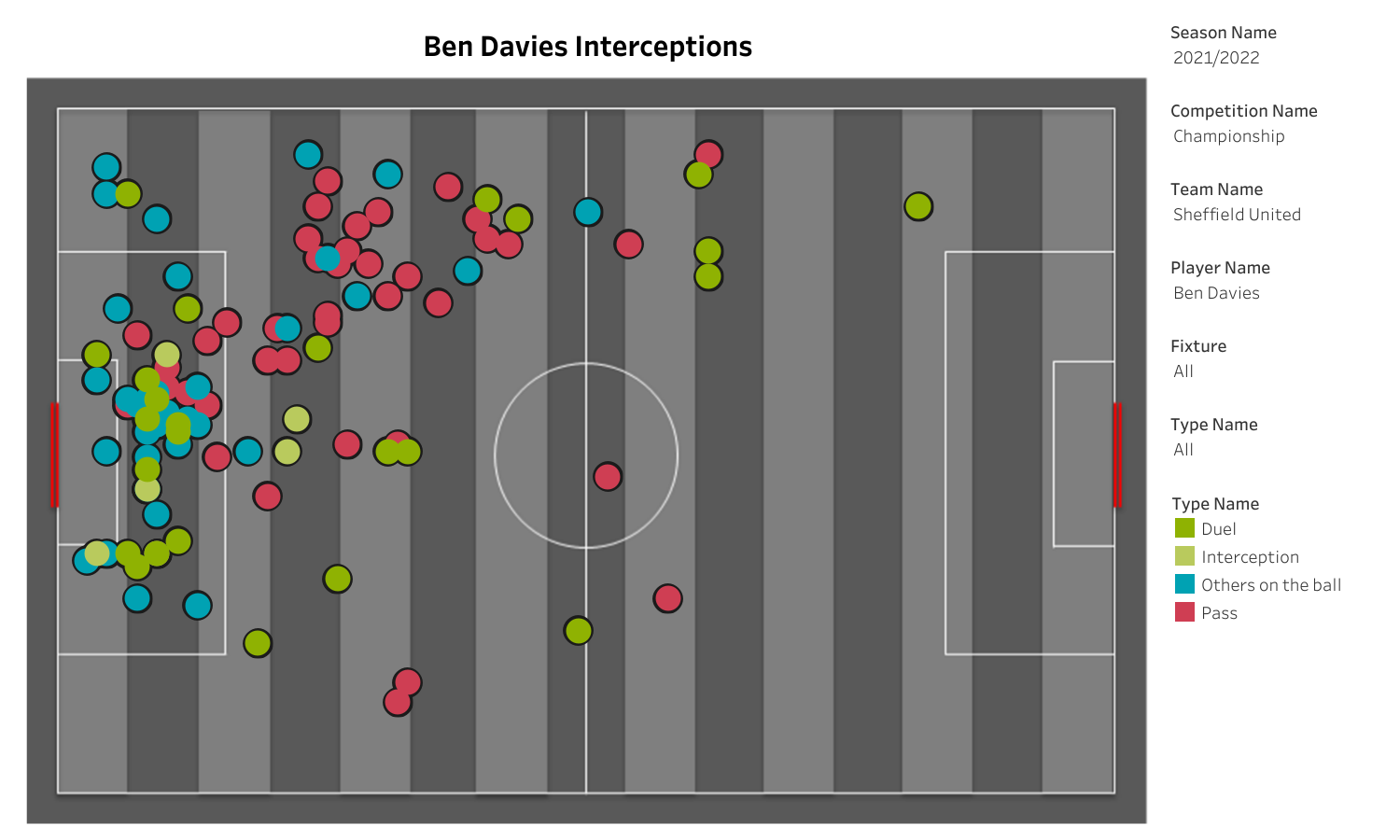 The other defensive contributions included 4.6 interceptions per 90 minutes. Most of the interceptions were made by stopping the passes of the opposition, followed by tackling when other players were on the ball. On most occasions, the player read the danger outside the penalty box and defended the goal. Davies also had a high recovery rate as he averaged 12.6 recoveries per 90 minutes, and 1.92 were made inside the opposition’s half. 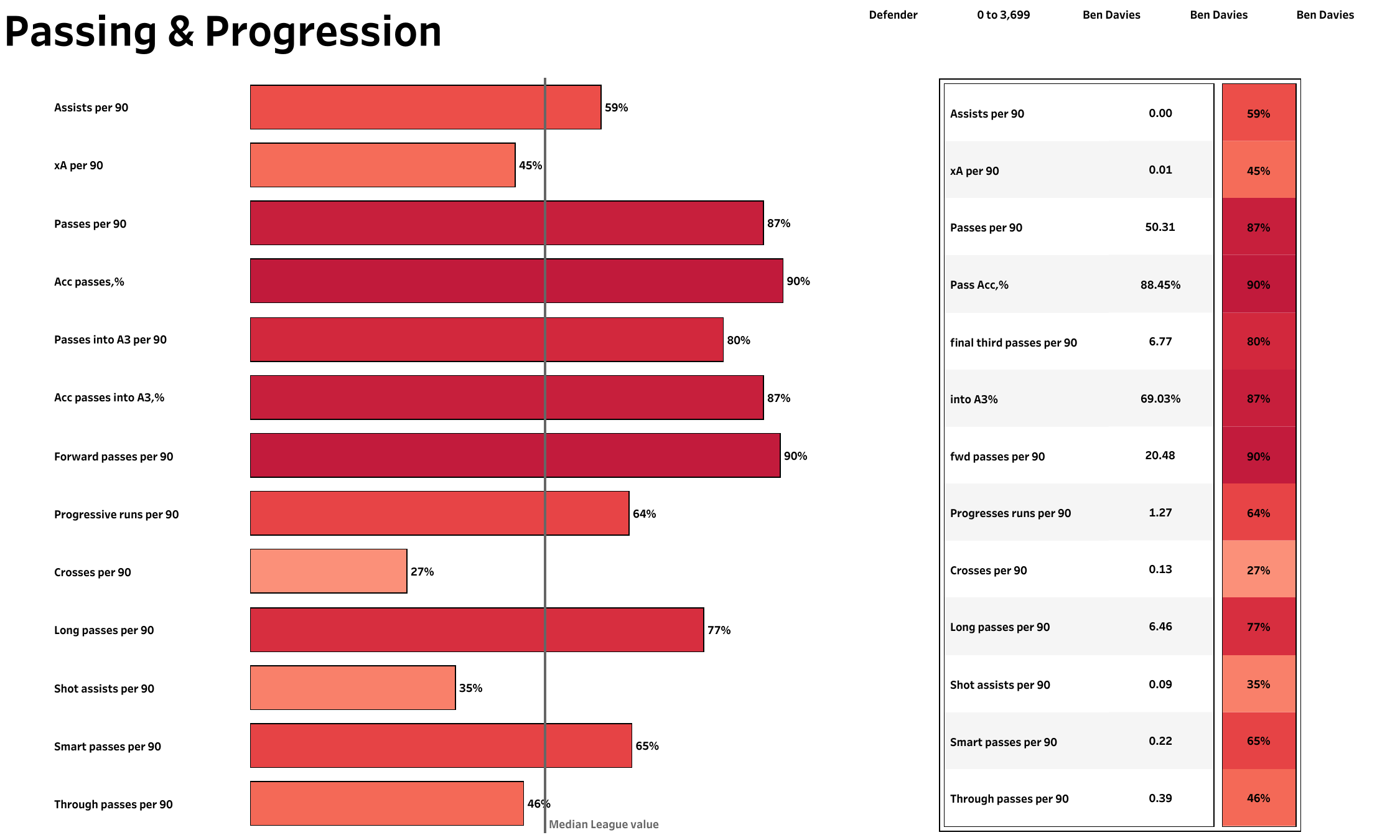 Davies is a modern-day defender who can easily pass the ball. The above viz shows the passing stats of the player along with the percentile rank in comparison to the other defenders. When looking at the above chart, the general rule is that the longer the bar, the better the performance — you can see the league average in the middle, and the % is the percentile rank the player is in. Davies averaged 50.3 passes per 90 minutes and had a high accuracy rate of 88.5%. He was also highly rated for attempting forward passes. Overall, the player showed that he can create plays from the back and is reliable with the ball at his feet.

Rangers have signed a ball-playing defender who can also defend his team’s goal. Davies’ move to Liverpool was a surprise to many, but now he has finally left the Merseyside club. Rangers will be glad to sign him in place of Bassey. Ben Davies could become a regular under Giovanni van Bronckhorst, and his experience could play a crucial role for Rangers.