Rangers made a decent start to the Scottish Premiership, but a few injury setbacks and a defeat to Celtic have hampered their chances of winning back the title from Celtic. It is too early to get to such a conclusion, but the form of the two teams shows that Celtic have been the better team on paper since last season. Rangers made a few signings in the summer to get back the league title from Celtic, but were unlucky to see a few of them spending their time on the treatment table. The Rangers were affected in the defence and that has caused a lot of trouble. New signing John Souttar only played one match and was injured. Ben Davies also suffered an injury and has now returned to the team. Filip Helander has been out since last season, and Leon King is too young to play regularly at the top level. They were left with only one proper centre-back and that player was Connor Goldson. He was partnered by James Sands, who is a make-shift centre-back.

Connor Goldson was given the responsibility to stabilise the defence and he has started in every match for Rangers this season. The 29-year-old joined the club in 2018 and is one of the senior members of the squad. We now look at some of the stats of the English defender that show why he is the lone warrior in the defence for Rangers. 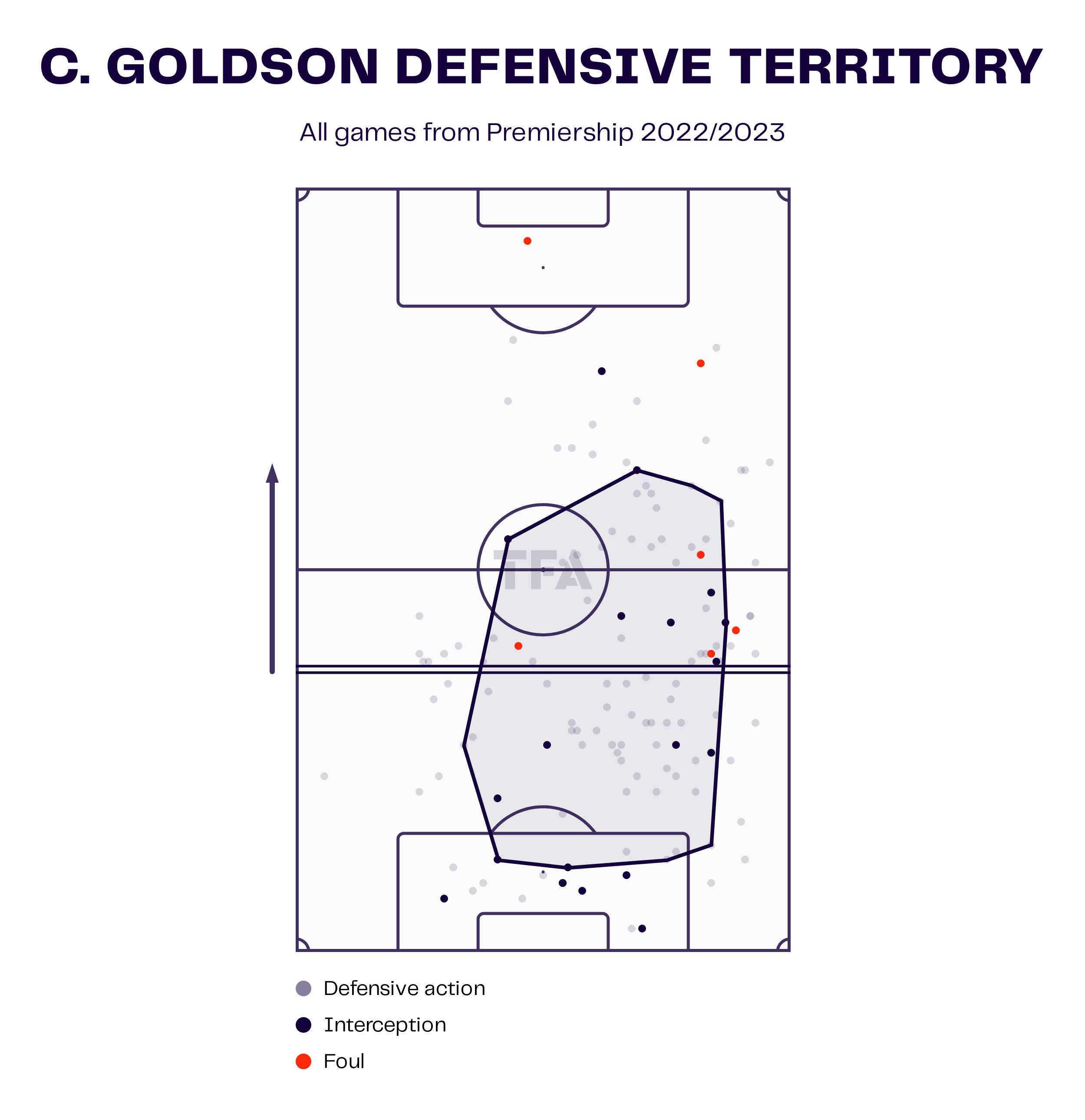 Connor Goldson has made seven appearances in the Scottish Premiership this season. He has helped his side to keep three clean sheets. Goldson plays on the right side of the defence. He has contested 16.45 duels per 90 minutes and has a success rate of 60.2%. The above viz shows the defensive territory of the player. It shows that the player has made some crucial interceptions in the defensive half to clear the danger. The Englishman is also very clever in stopping the play and has committed most of the fouls in the middle third. 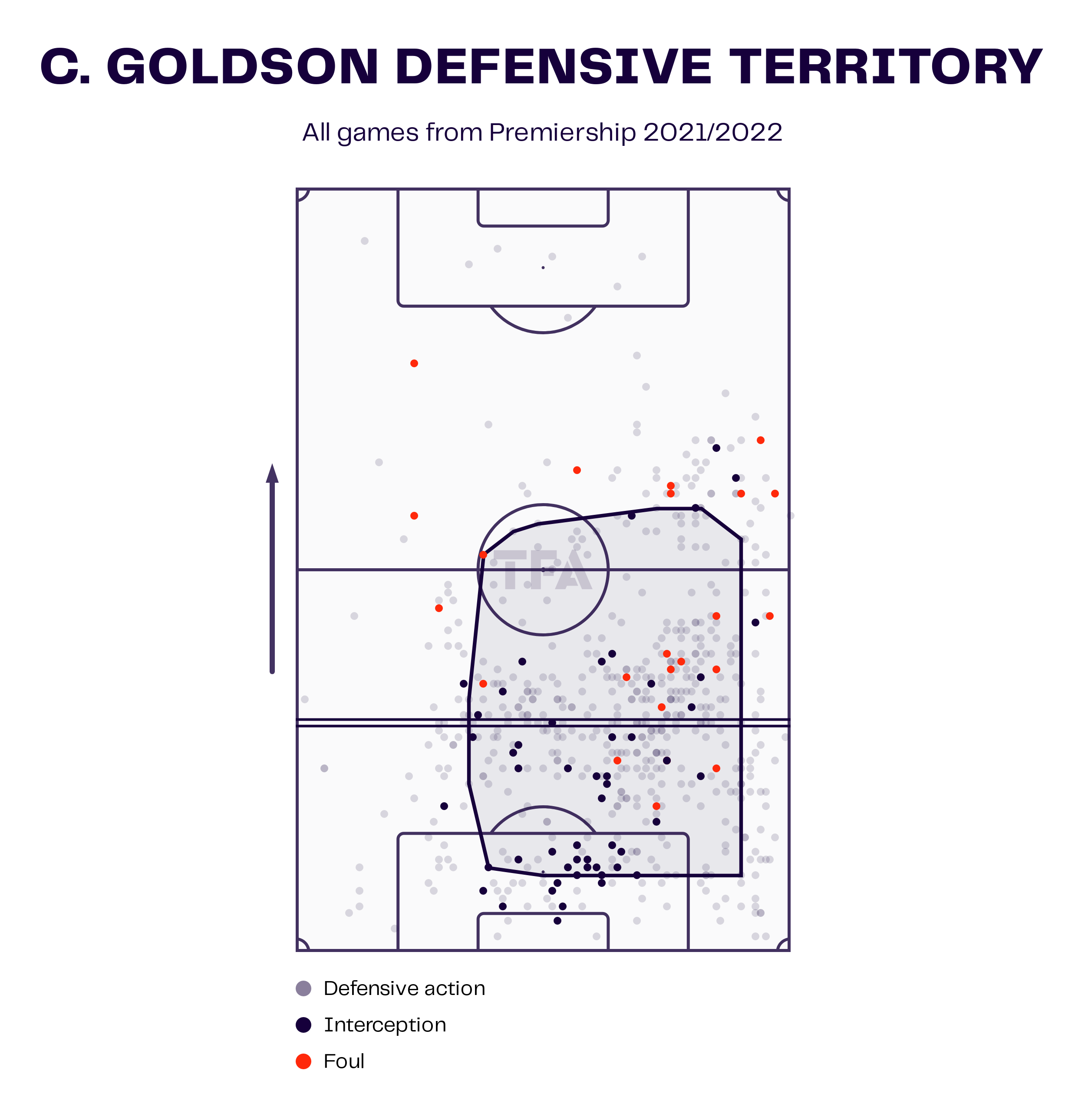 Last season, Goldson contested 14.5 duels per 90 minutes and had a win rate of 67.4%. He was dominant on both the ground and in aerial duels. This season, the player has changed his defensive partners four times, and that has affected his stats. However, this shows that the player can still improve and win more duels this season. 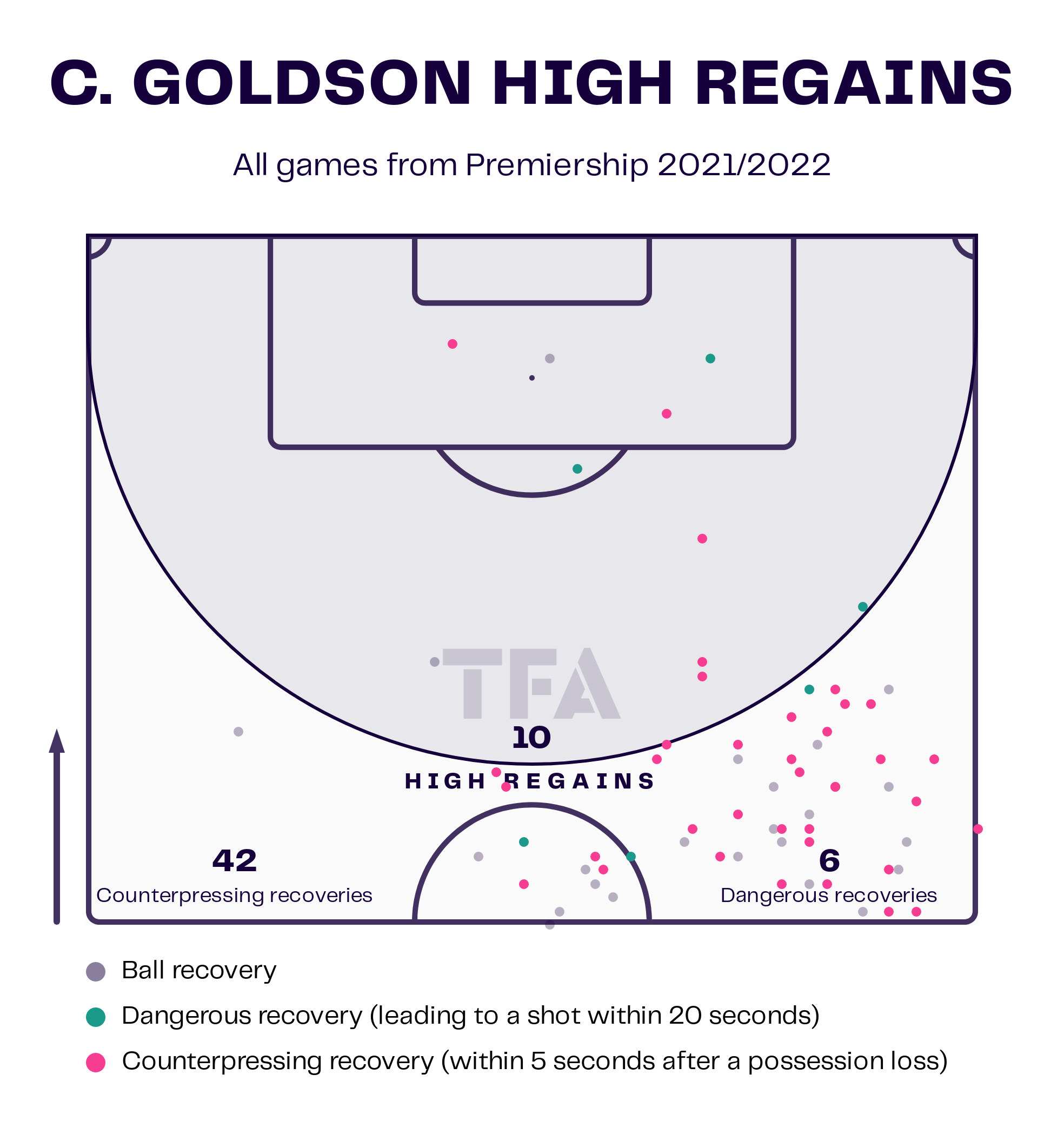 Connor Goldson was set to play regular football once again this season. He would be a bit unhappy with his performance, especially in winning duels. Giovanni van Bronckhorst, on the other hand, will be hoping that his players return from injury and partner Connor Goldson, who has been the lone warrior for the Scottish Premiership runners-up from last season.