Borna Barisic has been a part of Rangers‘ squad since 2018. The 29-year-old has made 107 appearances in the Scottish Premiership for his side. He was the first-choice left-back at the club, but due to a poor run of games, he was made to sit on the bench in some of the matches last season. Calvin Bassey was in the team and he played as a left-back. Borna Barisic was sometimes criticised for making few forward runs and staying at the back. However, things have turned around this time. Calvin Bassey’s departure made him the first choice once again, and Barisic has shown a lot of improvement in his game. We now look at some of the stats that show how the player has been performing this season. 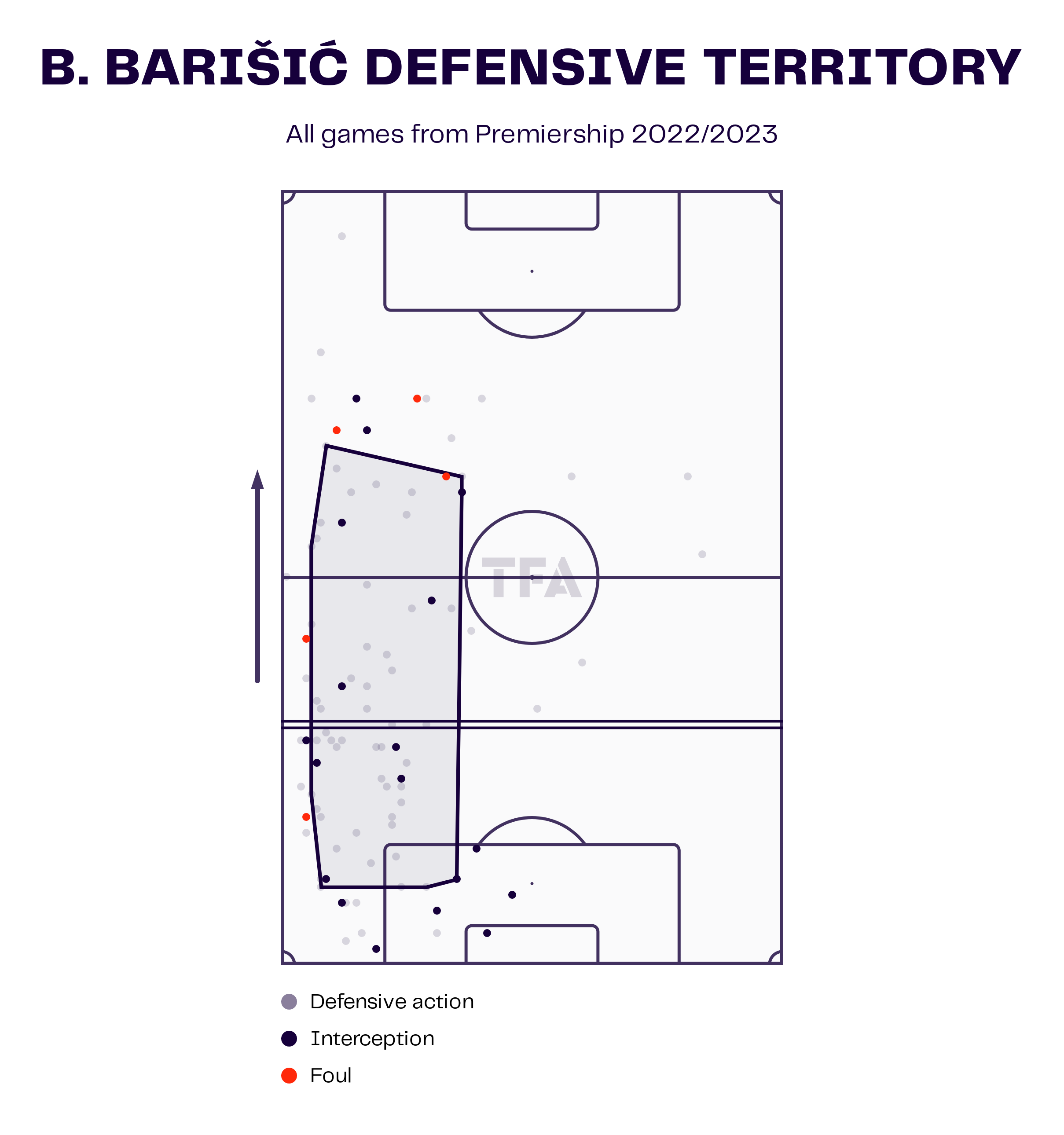 Borna Barisic has made appearances in seven Scottish Premiership games this season. He has started in six matches and came off the bench in one of them. The 29-year-old has had more involvement in the matches this season. Last season, the Croatian averaged 76.7 actions per 90 minutes and had a 70.8% success rate. This season, the average number of actions per 90 minutes has increased to 91.5, and the success rate has also gone up to 77.1%. The above viz shows the defensive territory of the player. We can observe that the left-back has made quite a few interceptions to break the play of the opposition. He averages 5.2 interceptions per 90 minutes. 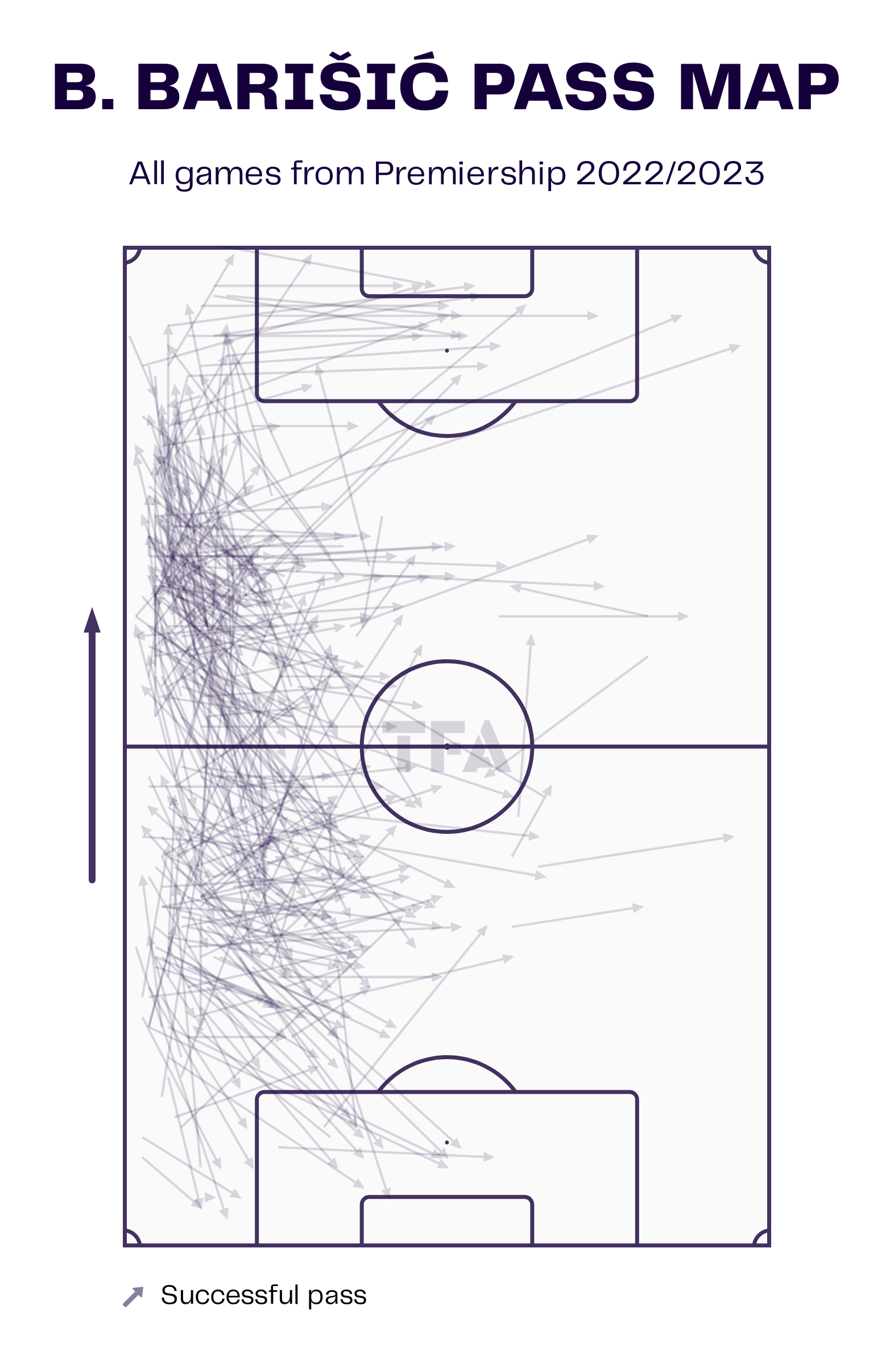 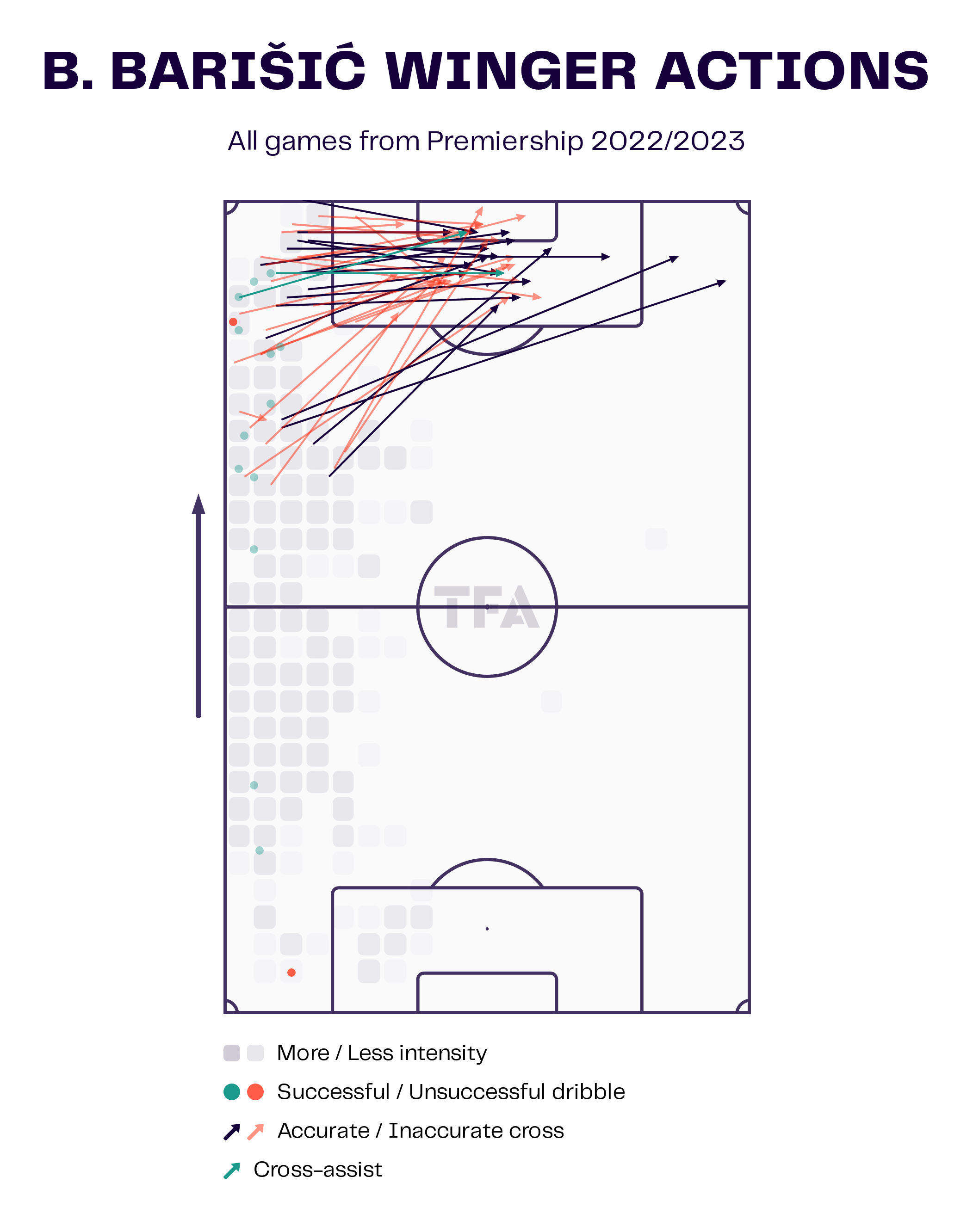 Borna Barisic has contributed a lot towards the attack this season. The above viz shows the dribbles and crosses attempted by the player. Barisic averages 7.27 crosses per 90 minutes and has a 38.8% success rate. The above viz shows that two of the crosses have been converted by a teammate. Barisic has also dribbled well past the defender and has completed 86.7% of his dribbles. 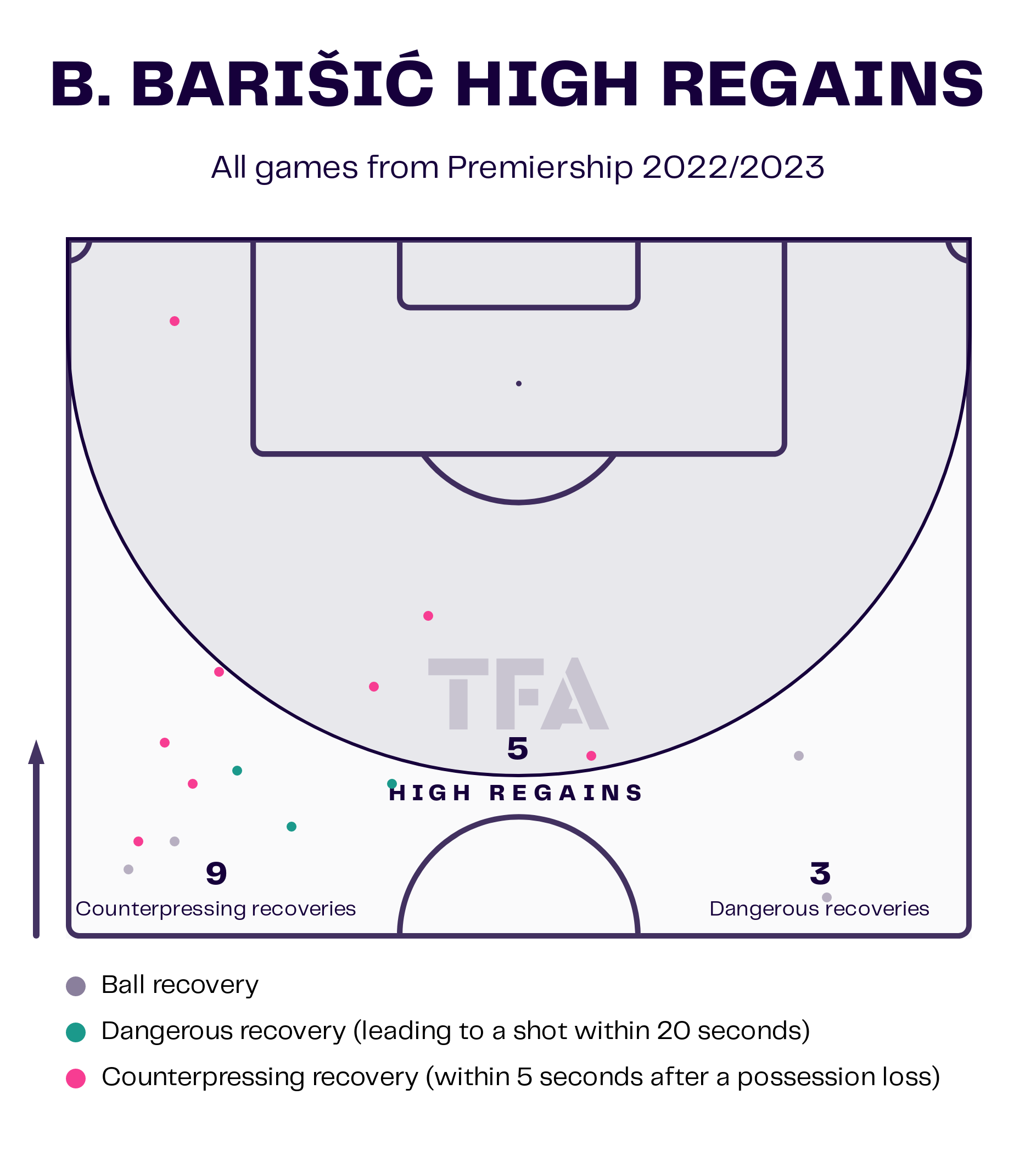 Borna Barisic has shown a lot of improvement in his attacking game. He is making more runs into the dangerous areas and already has two assists to his name this season. Giovanni van Bronckhorst will expect his defender to show the same consistency and help his side to regain the Scottish Premiership title.