Borna Barisic was the first-choice left-back at the start of the season for Rangers and has recently dropped to the bench under the new manager. The manager made this change in recent months and deputized Calvin Bassey in his place. Barisic has started in only four of the 13 matches since February and was dropped after some poor displays on the pitch. However, he was the main-choice left-back under Gerrard and gave a lot of impressive performances this season. Giovanni van Bronckhorst prefers Calvin Bassey, who is more of a defensive player. Bassey can also play as a centre-back, giving the manager more options. Barisic is a more attacking full-back, and here are some of his season highlights that show why he should get the nod ahead of Bassey.

Borna Barisic has made 18 appearances out of a possible 31 for Rangers this season in the Scottish Premiership. He provided three assists and has been impressive going forward. Of these three assists, two were made under the guidance of Steven Gerrard at the start of the season. 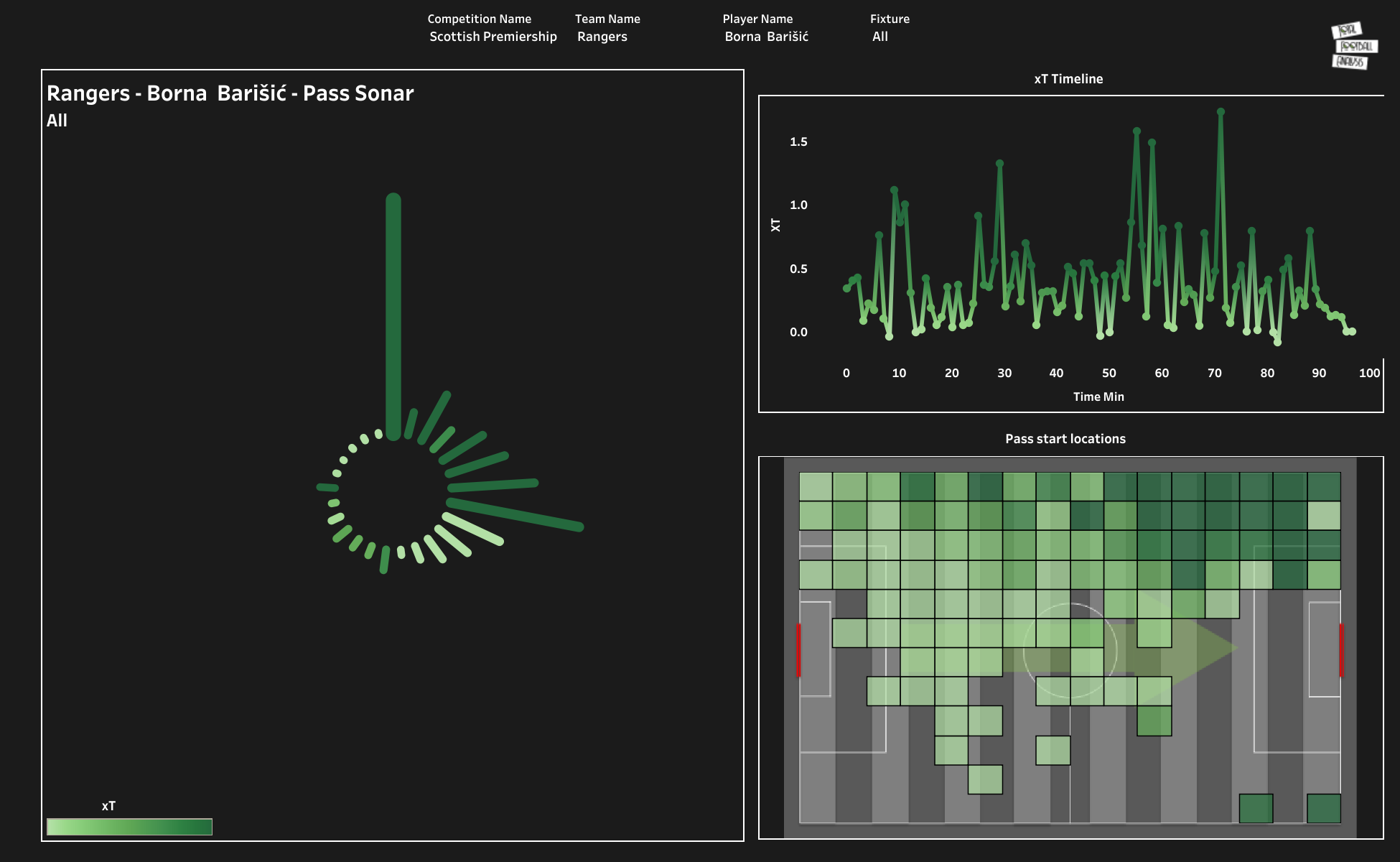 The above viz shows the pass start locations as well as the threat created by these passes at different intervals in the match. Barisic has created a lot of threats from passes attempted from the final third. The xT timeline shows that he has created more threats in the second half in comparison to the first half. His passes include 71 crosses, four smart passes, and two through passes. 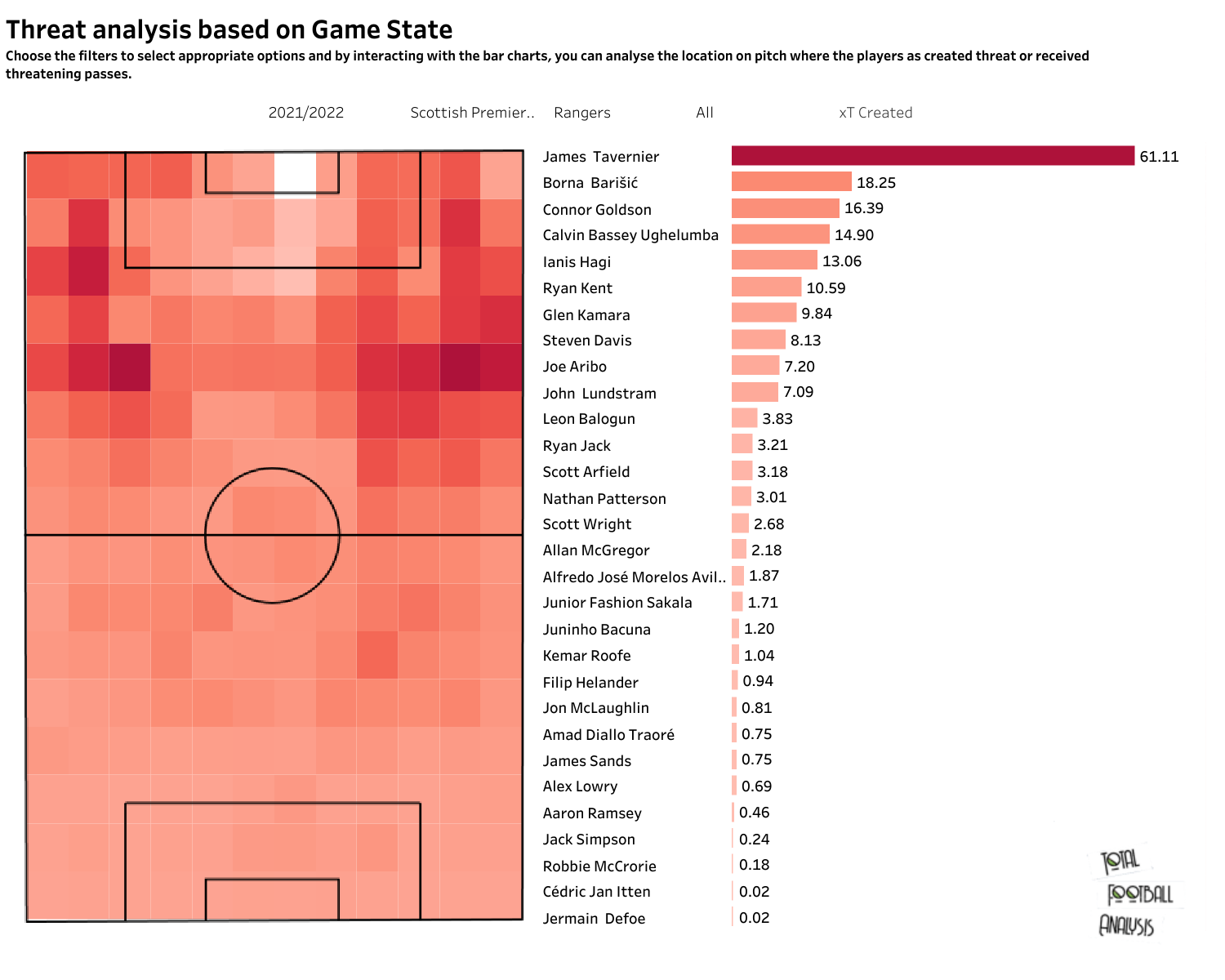 The above viz shows the threat creation zones for Rangers as well the threat created by different individuals. James Tavernier has been the most impressive player and is followed by Borna Barisic, despite playing fewer games. 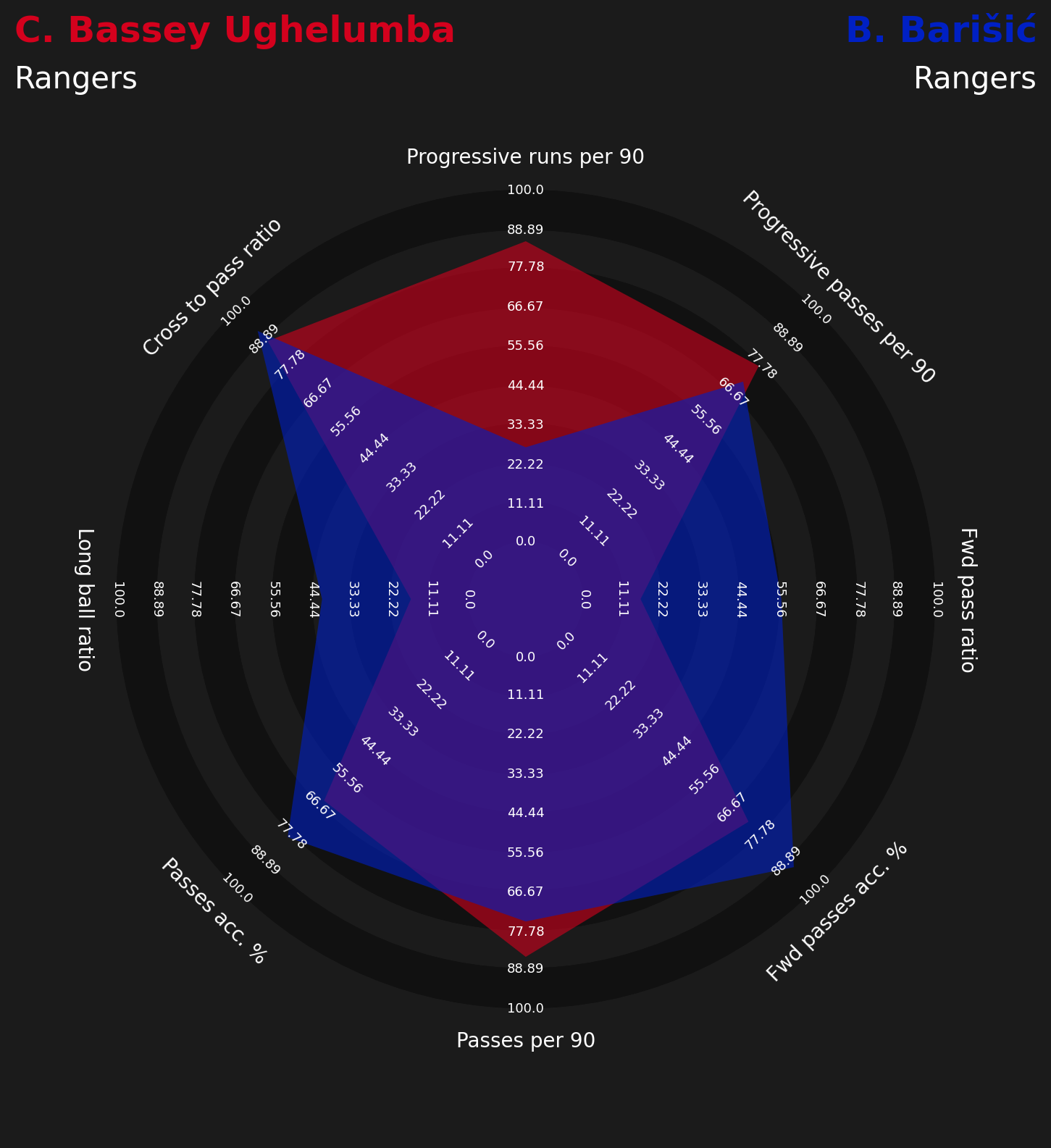 Borna Barisic has created more threats while going forward than his teammates. Calvin Bassey has only made one assist this season and has made fewer goal contributions. He has played well in the centre-back position and could be used in that position instead of playing as a full-back. With only a few matches remaining, the manager will look to make some tactical changes that would include Borna Barisic as a part of the team.