Rangers have made an unbeaten start to the season and have also qualified for the UEFA Champions League group stage. The manager will be happy with the performance of his players. Rangers were active in the transfer window and brought in some players to improve their team, while some acted as a replacement for the departed players. One of the new signings who has definitely impacted the first team is their new striker, Antonio Colak.

Rangers had the fear of losing Alfredo Morelos this summer, but the Colombian stayed at the club. He was their main source of goals last season, but a long-time injury forced him to miss the last few months of the season. Kemar Roofe was also injured in the last month, and that caused a lot of headaches for the Dutch manager. Rangers were playing without a striker in the UEFA Europa League final last season. Colak’s addition has changed a lot of things at Ibrox as he is now the number one choice ahead of Morelos. Here are a few stats that show why Giovanni van Bronckhorst trusts his new striker. 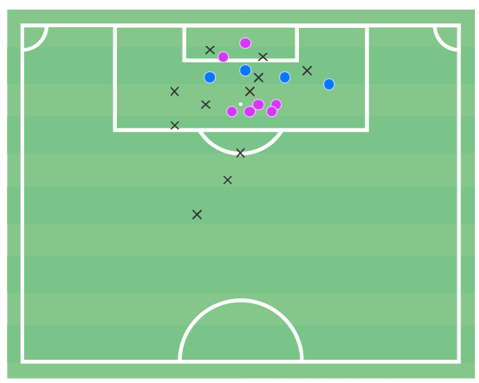 Colak has made nine appearances for Rangers this season. Of these, five have come in the Scottish Premiership and four in the UEFA Champions League qualifying stages. He has scored four goals in the league, and three were scored in the qualifying stage, with one each in both legs against PSV. The above viz shows the 22 shots attempted by the Turkish striker. He has managed to hit the target 11 times. This shows that the striker is accurate with his shots and doesn’t take unnecessary shots. 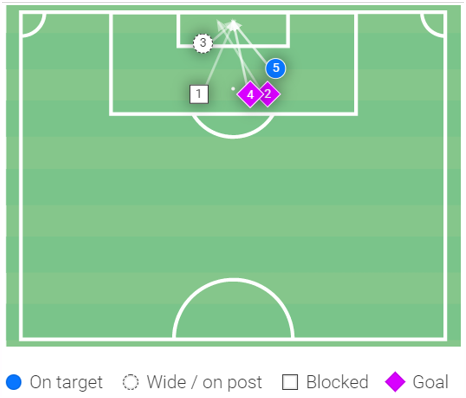 Colak finds space inside the penalty box and has taken 45 touches inside it. His work rate is high, and his overall xG count this season is 4.61. In the last match against Ross County, the striker attempted five shots and all the attempts came from inside the box. He also scored his first brace for the Scottish powerhouse. 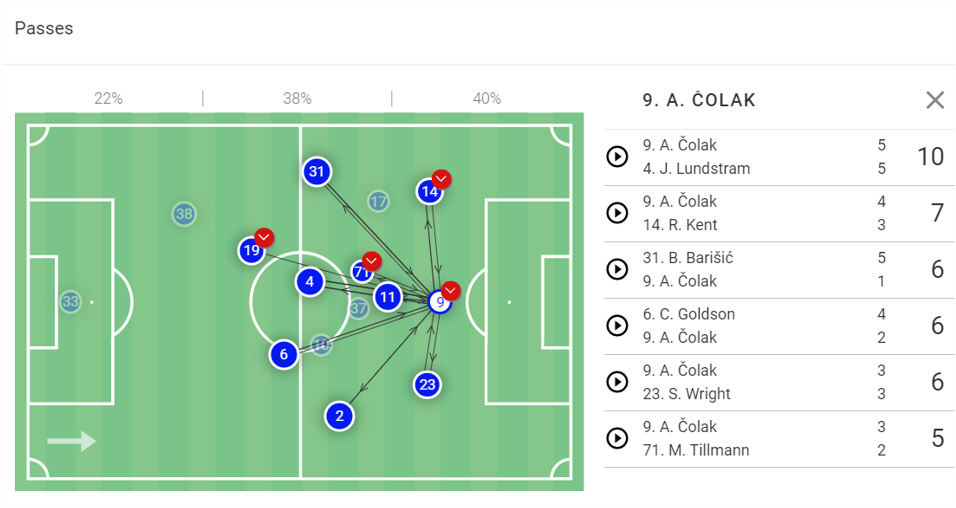 The striker is yet to provide an assist, but he has attempted to link up with his teammates. He averages 14.5 passes per 90 minutes with an accuracy rate of 73.7%. Colak has provided eight passes to the penalty area with a 50% success rate. In the last match, Colak improved his average as he attempted 22 passes, of which 21 were delivered successfully. The above viz shows that he received most of the passes from the left side. Ryan Kent and Borna Barišić were behind a few of these passes. He will look to get his name on the assists chart in the coming matches.

Antonio Colak is becoming the first-choice striker at Ibrox. He is yet to face competition from Morelos, who has just recovered from injury. The Turkish striker will look to impress the manager in the coming weeks and contribute more towards his side’s success.