Rangers have shown a significant improvement on the defensive side since the arrival of Giovanni van Bronckhorst. This has not affected the attacking form of the defending Scottish Premiership champions. One of the players who has contributed a lot towards the attacking side is Colombian striker Alfredo Morelos. The striker has scored eight goals and provided four assists in 28 appearances, and half of the assists and goals have come under the new manager in seven matches.

Alfredo Morelos has started in every match under van Bronckhorst. He has scored four goals with an expected goal rate of 5.42. The striker also has two assists to his name with an expected assist rate of 1.40. 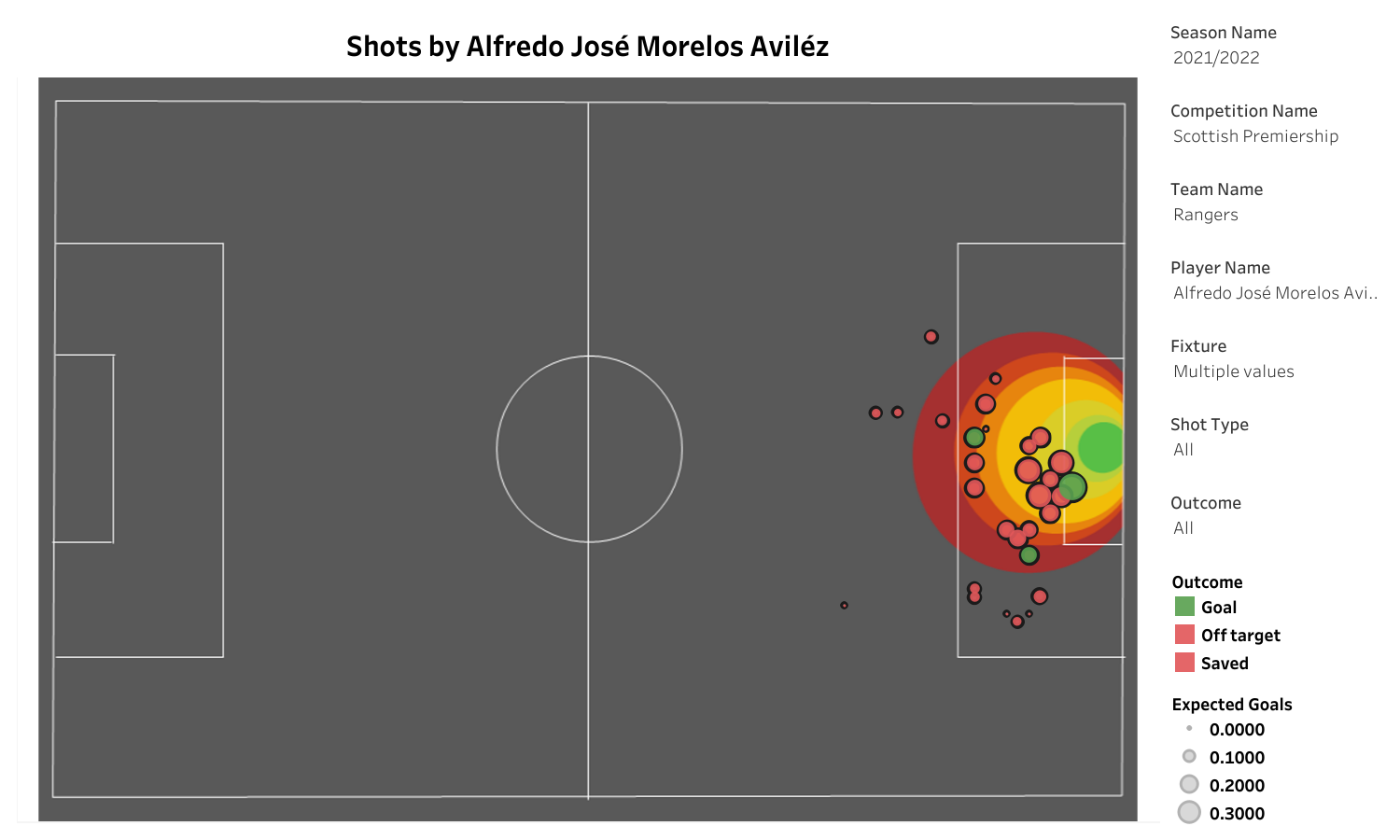 Morelos has attempted 33 shots in seven matches. He has managed to hit the target 14 times with a shot accuracy rate of 42.42. He made nine attempts against Dundee and hit the target four times. From the shot map, we can observe that most of his shots have been attempted from inside the opposition’s penalty box. Only five shots were attempted from outside the box. Morelos attempted 43 shots in 11 matches under Gerrard and only managed to hit the target nine times. Earlier, he averaged less than four shots per match, and his average in the last seven matches has been over four shots with a better shot accuracy rate. 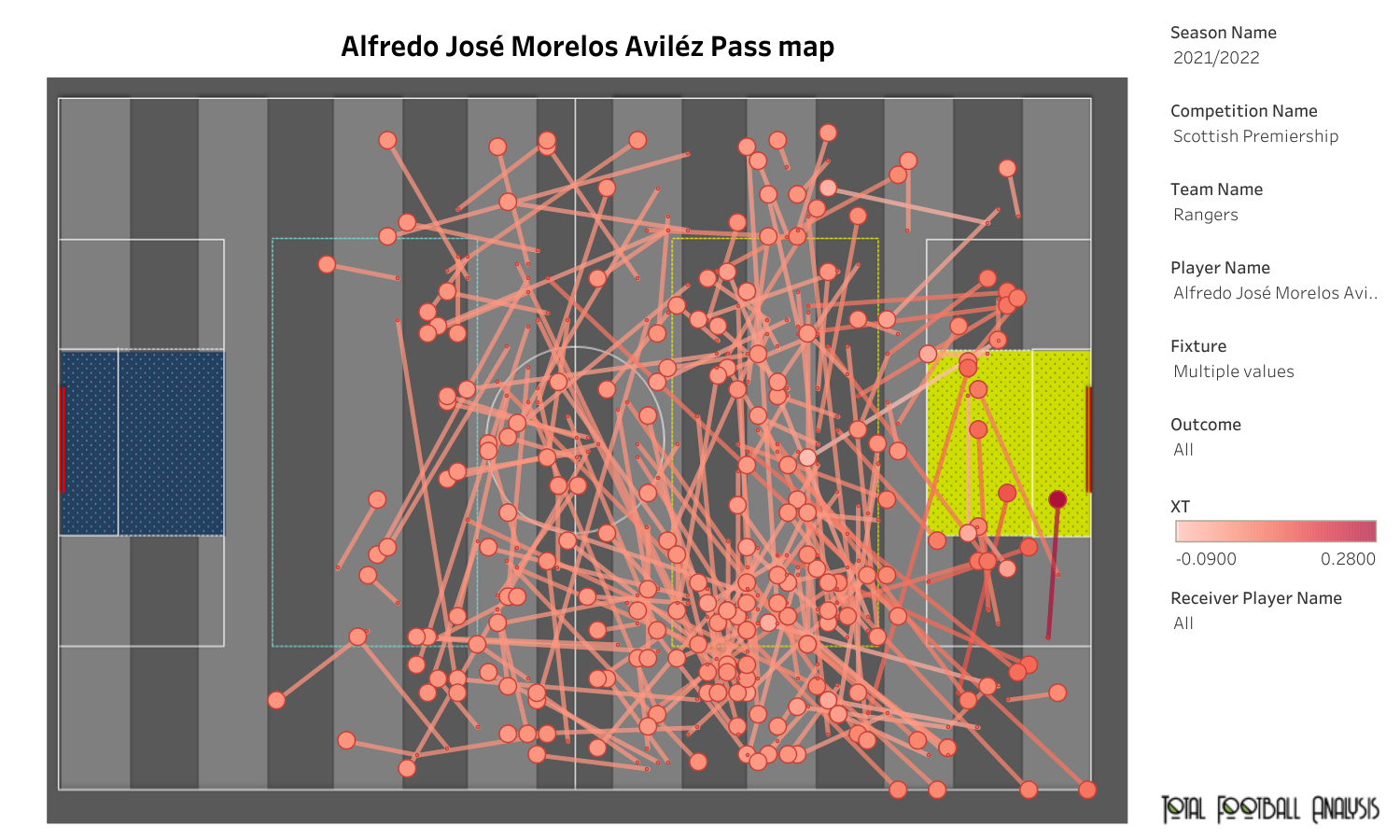 Morelos has attempted 259 passes and has provided two assists. The above pass map shows all the passes attempted by the player in seven matches. His 20 passes out of the 259 attempts have landed inside the opposition’s penalty box, and one pass landed inside the 6-yard box. The passes include four crosses, two smart passes, two through passes, and 11 long passes. 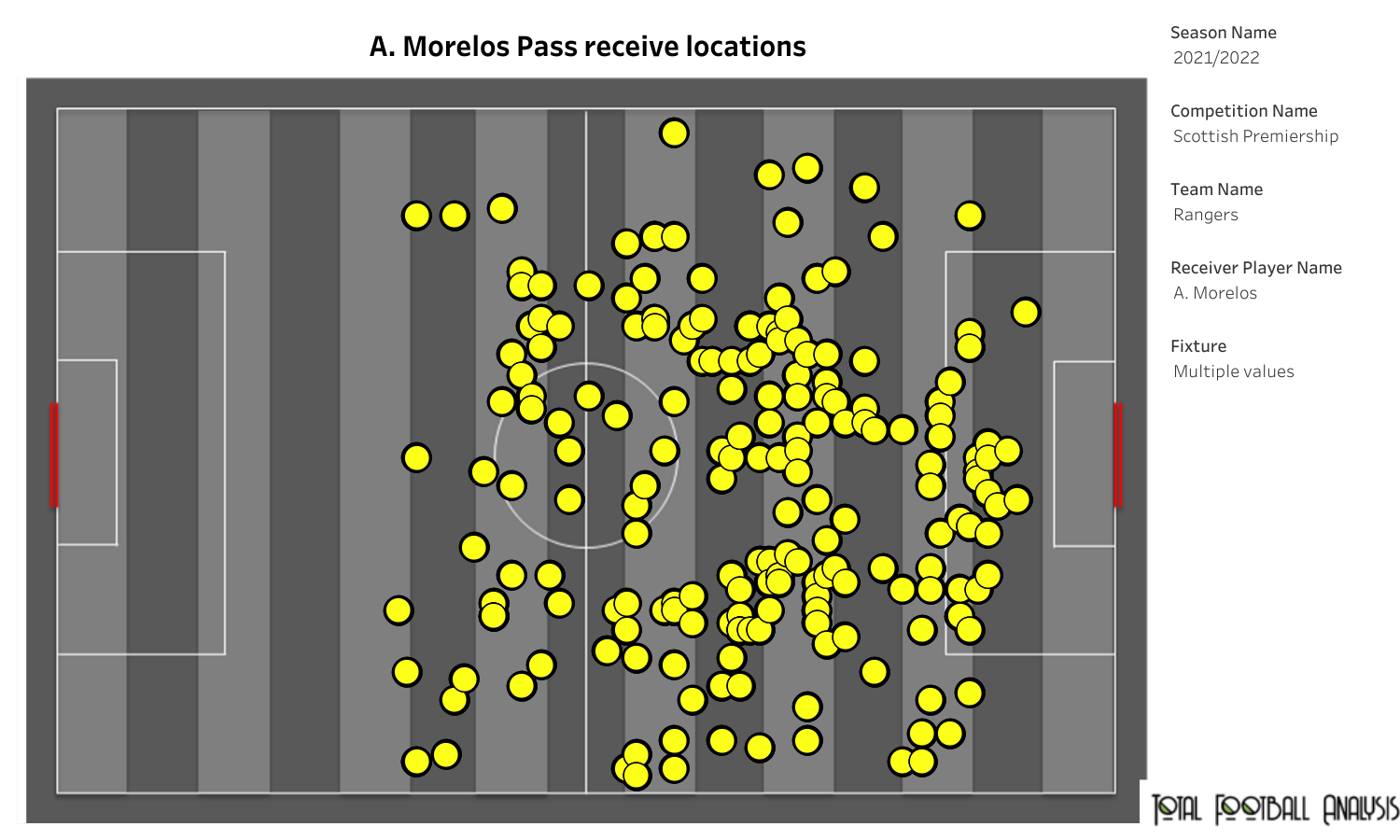 The above viz shows his pass receiving location in the seven fixtures. It looks like he has received 25 passes inside the opposition’s penalty box. The player has featured as a lone number nine for his side. The 25-year-old Colombian has taken 53 touches inside the opposition’s penalty box. Earlier, he managed to get 59 touches in 11 matches. This means that he has tried to get inside the box more than he used to do under Gerrard.

Alfredo Morelos has improved a lot under the new manager. He is involved in a lot of attacking actions and has been the main goalscoring threat for Rangers. The manager will expect more contributions from him so that Rangers can retain their title.