Rangers have an upcoming midfielder in their ranks by the name of Alex Lowry. The 19-year-old came through Rangers’ academy and made his first appearance for the club in January in the Scottish Premiership 2021/22 season. After impressing the manager, he got a contract extension which will keep him at the club until 2025. Rangers have the fear of losing some of their star players and have made fewer transfers than Celtic. They are keen on retaining some of the players and selling the others to make some money to spend on new players. Lowry got limited opportunities, but he impressed the manager. Now, after getting a contract extension, he will be looking to spend more minutes on the pitch. Here are some of the stats that show how the player could turn out to be the X-factor for the Scottish Premiership runners-up. 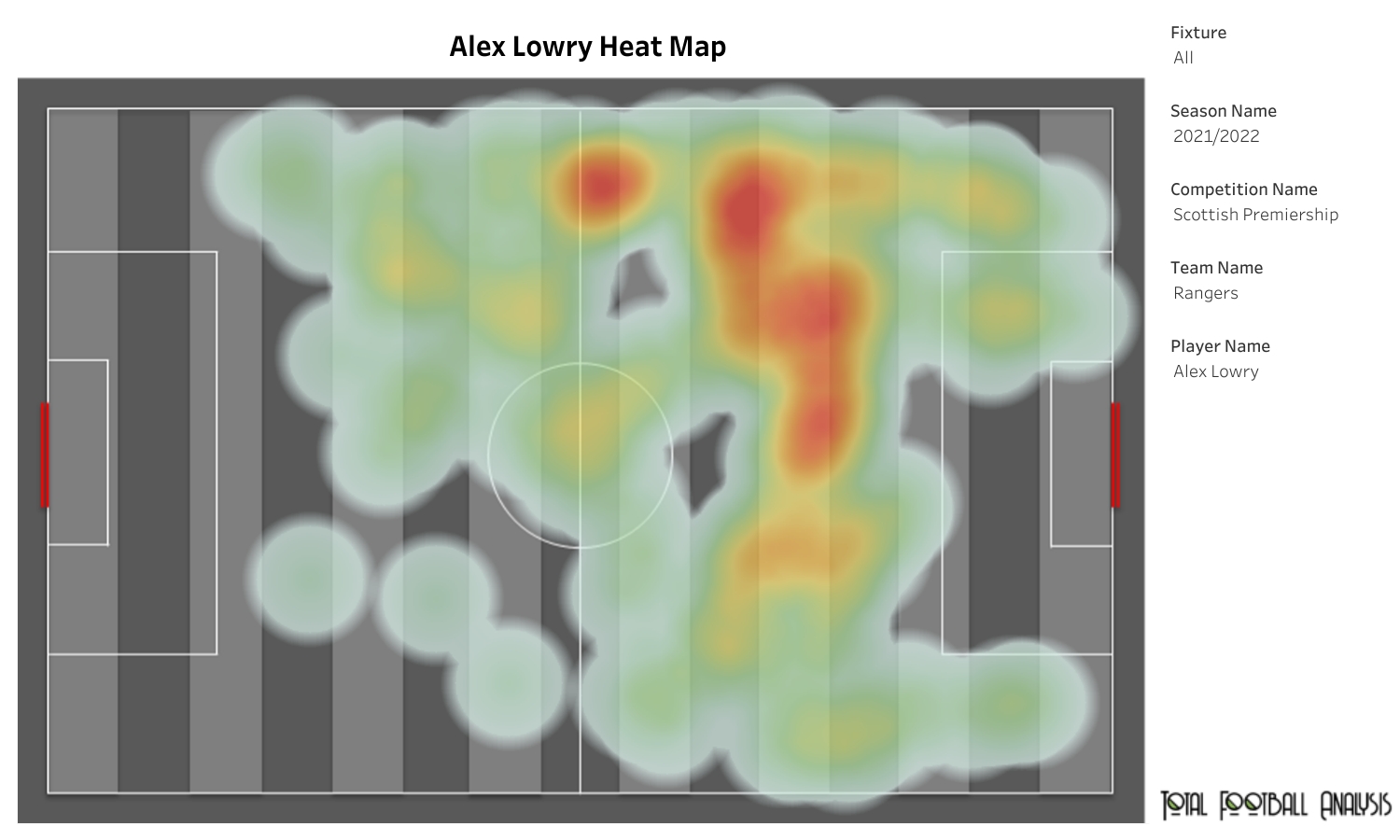 Lowry made seven appearances for Rangers in all competitions. Of these, four were made in the Scottish Premiership, where he scored a goal and provided an assist. His three other appearances came in the FA Cup and helped his side to lift the trophy by scoring a goal and providing an assist in the knockout tournament. The heat map shows his position in the Scottish Premiership last season. Lowry played his first game in January and the other three in May. He featured in the centre of the midfield, on the left side and as a number ten for Rangers. This is why the player has covered a lot of areas in the attacking and middle third. 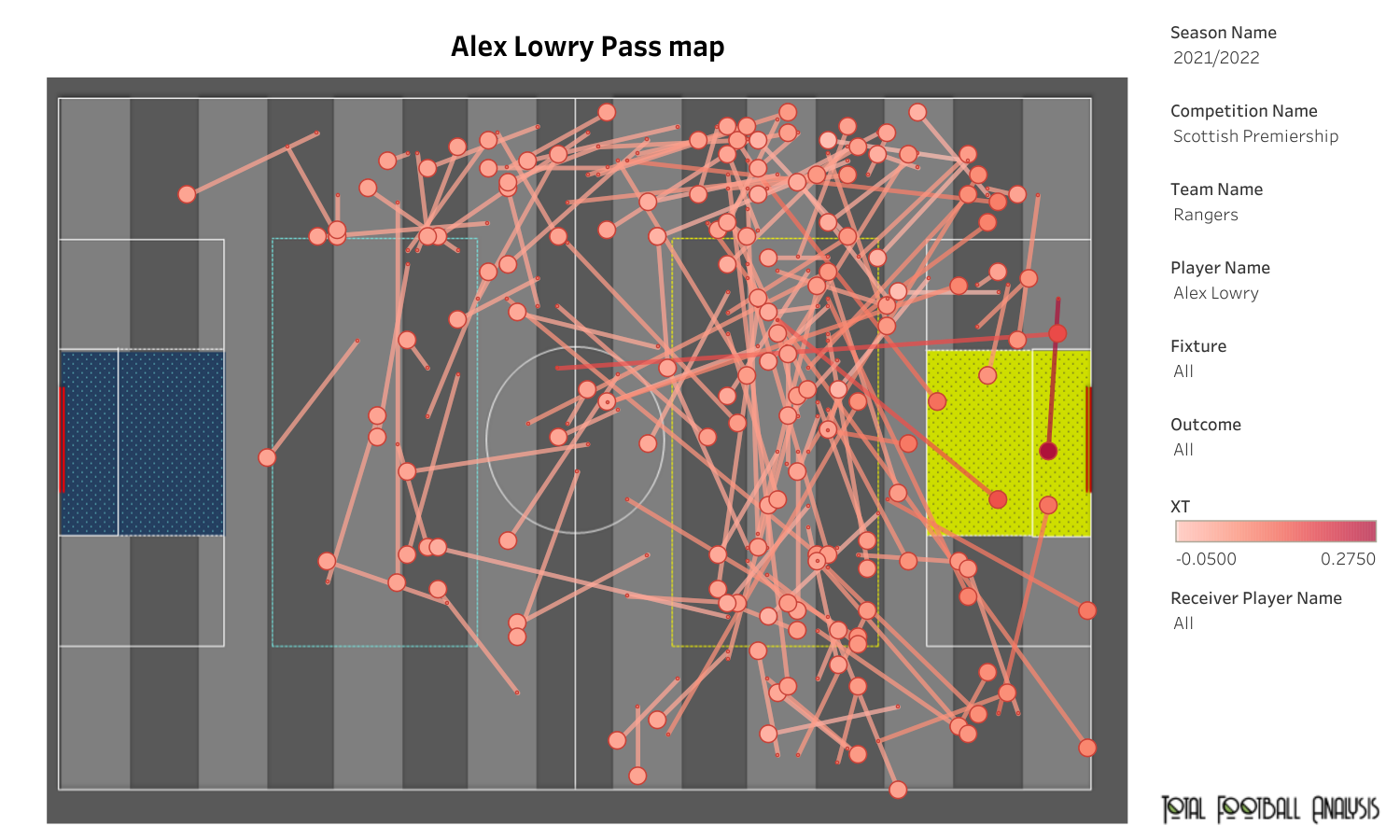 The 19-year-old averaged 46.3 passes per 90 minutes with an accuracy rate of 85.44%. Of these, seven were attempted into the attacking third of the opposition, with a 62.5% success rate. When he played in the centre, the player focused on distributing the ball towards the flanks and sometimes tried to find a teammate in the attacking third or inside the opposition’s penalty box. The pass map shows that a few passes attempted by the player have landed in front of the opposition’s goal. Lowry was also highly rated for attempting smart passes and through passes. He averaged 3.5 smart passes and 3.2 through passes per 90 minutes. This shows that the player can find his teammates and help them score goals. 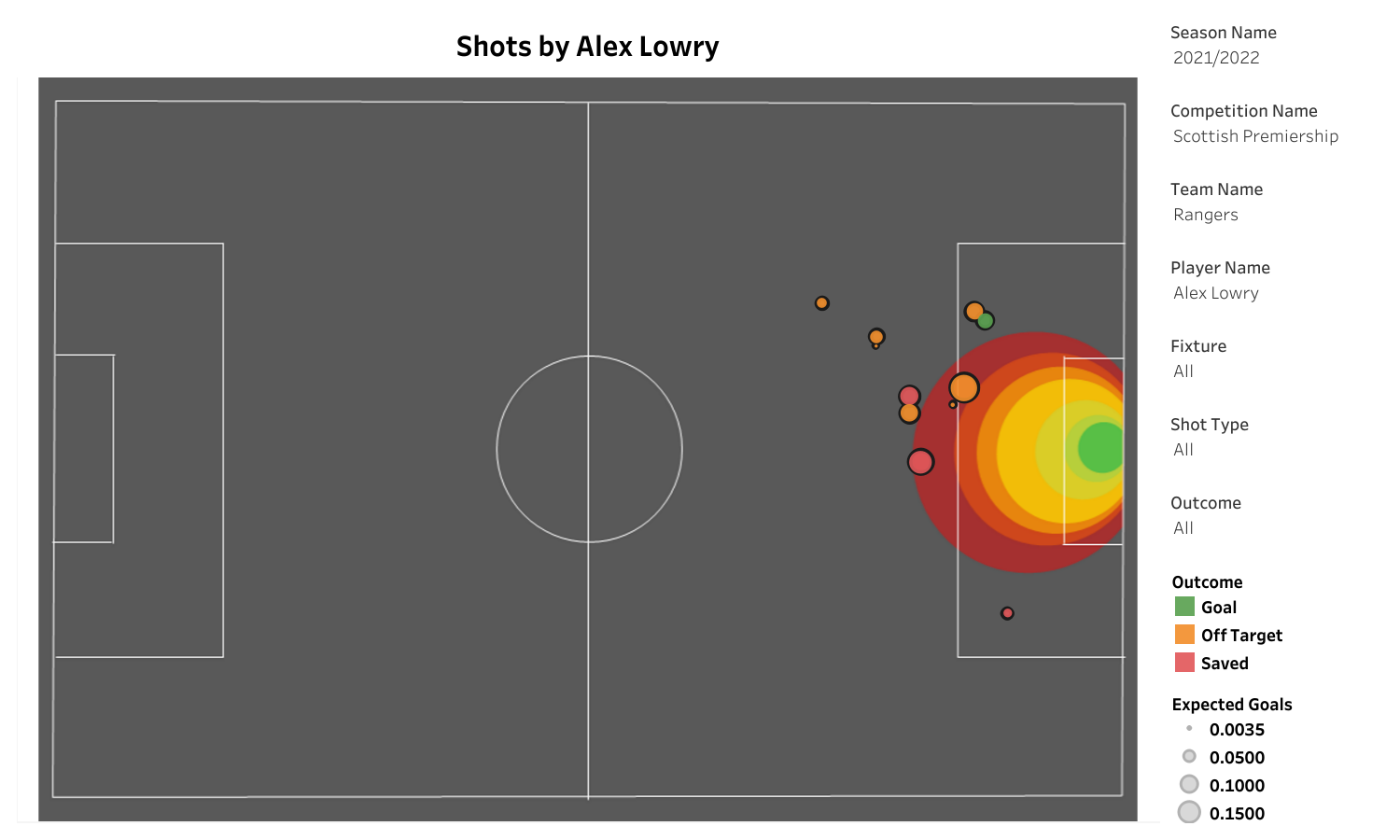 Lowry was also impressive in the attack as he averaged 11.14 attacking actions per 90 minutes with a 39.47% success rate. The player attempted 11 shots with a 36.36% shot accuracy rate. He scored a goal from inside the opposition’s penalty box. He also took ten touches inside the opposition’s penalty box, with an average of 2.93 touches per 90 minutes.

The midfielder showed moments of brilliance and impressed the fans and the manager. He can score goals and provide assists to his teammates. Giovanni van Bronckhorst will look to provide him with more opportunities so that he can settle into the first team and become a regular in the future.